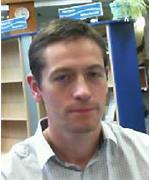 Dr Leighton James is a historian of late eighteenth and nineteenth century Europe, with a particular interest in the social and cultural history of the Seven Years’ War and the Revolutionary and Napoleonic epoch.

He is a founder member of the Society for the History of War (SHOW) and of the Research Group for the Study of Conflict, Reconstruction and Memory (CRAM).