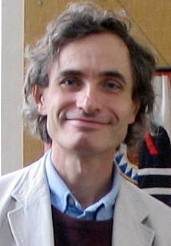 Professor Baughen joined Swansea University's School of Law on 1st September 2013 as a Professor of Shipping Law. He had previously been a Reader at the University of Bristol Law School. Simon has also worked as a practising shipping lawyer first in the London P&I Club and then as a solicitor with Horrocks & Co. Simon’s principal research area is in shipping law and his book on the subject, simply called Shipping Law, has run to seven editions, the most recent published in 2018, and is already well-known to academics and students alike as by far the most learned and approachable work on the subject.  He is now the author of the very well-established practitioner’s work Summerskill on Laytime (2013) (a new edition published in 2017). His other main area of research is the regulation of the activities of multi-national corporations in the developing world. He authored a book, Holding Corporations to Account. Closing the Governance Gap which was published in December 2015. He has previously touched on this theme and written about in his book International Trade and the Protection of the Environment (2007) which deals with the relationship between trade and investment treaties and environmental protection. He has also written and taught extensively about the law of trusts, which he is teaching on the LLB programmes. Simon is a member of the IISTL and he is teaching Carriage of Goods by Sea, Land and Charterparties: Law and Practice on the LLM programmes at Swansea.