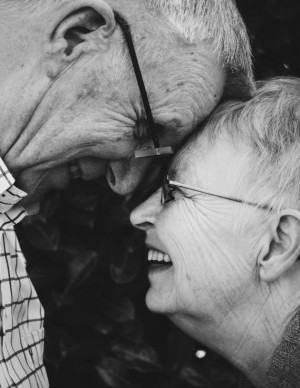 This summary forms part of a project to explore how decisions are made about research involving adults who lack capacity.

It is being carried out as part of an NIHR Doctoral Research Fellowship at Cardiff University. For more information, please contact Victoria Shepherd ShepherdVL1@cardiff.ac.uk

Why should we involve residents who lack capacity to consent in research?

Research is an important way for us to improve the care and support that people receive, this includes people living with conditions such as dementia. Sometimes the research can only be carried out with people who lack the mental capacity to provide informed consent.

For those who are unable to provide informed consent for themselves, there are special legal arrangements for their involvement in research. The law allows such research to take place but sets out strict rules to protect people who lack capacity to decide to take part in the research, and to make sure their current or previous wishes are taken into account.

What is the legal framework for research involving people without capacity?

There are two separate laws governing research involving adults who lack capacity to consent in England and Wales. The Mental Capacity Act 2005 (MCA) covers research involving adults (aged 16 years and over) who lack capacity, although it excludes clinical trials of investigational medicinal products which are regulated separately by the Medicines for Human Use (Clinical Trials) Regulations 2004 (CTR).

Although there are many similarities between the two regulations, there are important differences. In clinical trials of medicines, a Legal Representative provides informed consent; in all other types of research there is consultation with a Consultee. The situation will be largely unchanged by the new incoming Clinical Trials Regulations (No 536/2014) expected to come into force in 2019.

All research that includes people who lack capacity to consent is carefully reviewed by a Research Ethics Committee.

Who is involved in decisions about residents who lack capacity?

If there are concerns about a resident’s capacity to make a decision about whether to participate in research or not, the usual process of assessing mental capacity under the MCA is followed.

The researcher must consult a person who cares for the resident and is interested in their welfare, and who is willing to provide advice on their behalf. They are either termed a Personal Consultee under the MCA, or Personal Legal Representative under the CTR. A number of people may be able to act as a Personal Consultee or Personal Legal Representative. Usually it will be someone with a close personal relationship with the resident, for example their partner or son or daughter. They do not have to hold Power of Attorney. If a potential consultee does not feel able to take on the role, they may suggest that someone else takes on the role, or ask that a Nominated Consultee or Professional Legal Representative be appointed.

A Nominated Consultee (MCA) or Professional Legal Representative (CTR) is required when no-one who knows the person in a personal capacity is either available or willing to act. This can be a member of the care home staff who knows the resident well, or someone else involved in their care, but they cannot be connected with the research study.

How should the decision be made?

Careful thought is needed before including in research projects any adults who lack the capacity to make their own decisions. Unlike other decisions covered by the Mental Capacity Act, such as those about medical treatment and care, ‘best interests’ procedures do not apply to decisions about taking part in research (see Code of Practice). Instead, each individual decision is based on what the person would have decided if they had capacity to do so.

The Consultee must be given information about the project and give advice as to whether the person should take part in the project, and what the person’s wishes and feelings about taking part in the project would be if they had capacity to decide. The Consultee gives advice on what they think the participant would want to do, rather than give consent themselves. If the Consultee advises that, in their opinion, the resident would not want to take part, then they should not take part or, if already taking part, must be withdrawn. The responsibility whether to include the resident lies with the researcher. If the resident indicates (in any way) that they wish to be withdrawn from the project, they must be withdrawn without delay.

For clinical trials of medicines, the Legal Representative is provided with information about the trial and is asked to provide informed consent if the resident, in their opinion, would want to take part. The person who lacks capacity should also have received information (according to their capacity of understanding) about the trial, its risks and its benefits. If the person is capable of assessing the information and forming an opinion, any refusal to participate should be considered by the researcher.

The basis for a decision by a Nominated or Professional Legal Representative is the same as for someone acting in a personal capacity (i.e. advice under MCA, informed consent under CTR) based on what the person themselves would have decided.