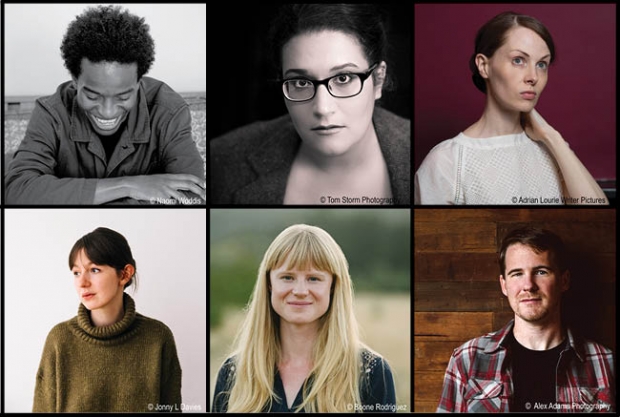 Four debut authors make up the female dominant shortlist of six for the 10th edition of the Swansea University International Dylan Thomas Prize which celebrates the brightest young writers in the world. Worth £30,000, it is the world’s largest literary prize for young writers aged 39 or under, open to writers from all nations, writing in English.

2017 sparked this century’s biggest gender equality movement, and this year’s female-led international shortlist brings to the fore crucial themes of sexual violence, toxic relationships, masculinity and racial divisions, that are relevant across the world, not just the UK. Just as Dylan Thomas’ universal poetry captured the grief and loss of innocence in post-war Britain, the prize showcases the breadth and diversity of literature that captures the political zeitgeist of today.

Featured on the shortlist this year are:

2018 will be the 10th edition of the Swansea University International Dylan Thomas Prize, and will commemorate 65 years since the death of Wales’ most lauded writer Dylan Thomas. The winner will be announced on 10th May 2018.

Awarded for the best published literary work in the English language, written by an author aged 39 or under, the prize celebrates the international world of fiction in all its forms including poetry, novels, short stories and drama. The prize is named after the Swansea-born writer Dylan Thomas who died at just 39 years old as one of the most important writers of the 20th century. Dylan captured the attention of the literary world at just 20 years old with his poem Light Breaks Where No Sun Shines, and had already reached international acclaim by the time his most famous work Do Not Go Gentle Into That Good Night was published. The prize invokes his memory to support the best young writers of today and nurture the talents of tomorrow.

Professor Dai Smith CBE of Swansea University, chair of the judges said: "The shortlist of the 2018 Swansea University International Dylan Thomas Prize is an amazing showcase of young writing talent from across the globe. There are two startling and searing novels from contemporary America; two other novels which engage in a forensic examination of love and loathing, from England  and Ireland; an inventively original collection of short stories from the USA and a challenging, poised work of poetry which takes us to the core of a divided Britain. The judges will have a difficult job over the next two months to find a winner from what is already a list of winners."

The winner will be announced on Thursday 10th May at an award ceremony at Swansea University’s Great Hall, in the run up to International Dylan Thomas Day on 14th May commemorating 65 years since Dylan Thomas’ death. The British Library will be hosting a special public event with all the shortlisted author on Tuesday 8th May.

The shortlisted authors will also participate in the DylanED programme, an initiative set up by Swansea University in conjunction with the prize to engage young people with international literature and Wales’ rich cultural history. The shortlist is directly involved in the programme that runs all year round, and authors have previously done workshops with local college students, given readings and talks at local schools, and given masterclasses at the University. Since 2016 Welsh students are invited to review books from the shortlist for the DylanED Book Review Competition and will present their winning reviews at a special winner’s ceremony in front of the shortlisted authors.