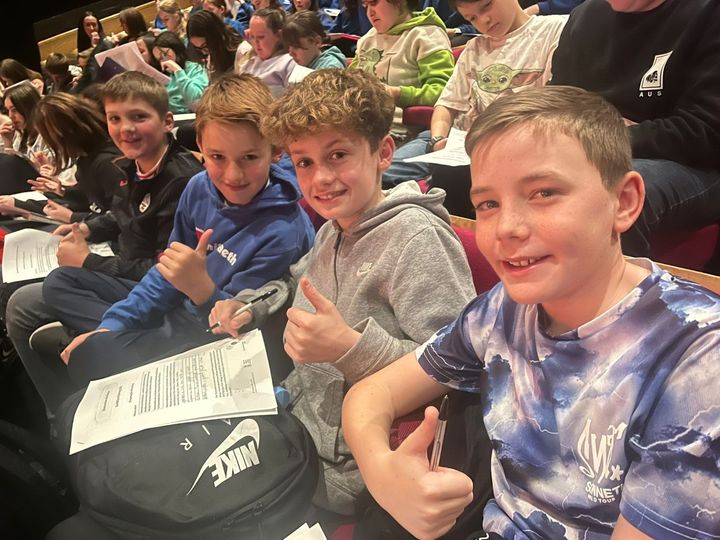 As part of the 2023 Hay Festival Scribblers Tour, a fantastic event was held for years 7–9 pupils from Welsh medium schools across south Wales at the Taliesin Center this November.

The children had the opportunity to be part of creative writing sessions in the company of some of Wales' most prominent poets and writers. The pupils who came to Swansea University were lucky enough to be inspired by Aneirin Karadog, Anni Llŷn and Ifor ap Glyn.

Two members of Swansea University’s Welsh Department also held a session. The title of this lively session was Dyddiaduron o'r Dyfodol 'Diaries from the Future', led by Professor Tudur Hallam and Dr Miriam Jones. The pupils were clearly delighted!

The Hay Festival Scribblers Tour travels around Wales offering interactive events at universities with authors helping children to build stories and express themselves creatively through writing. There will be further workshops in February and the Tour will return to Swansea University to inspire more future writers!