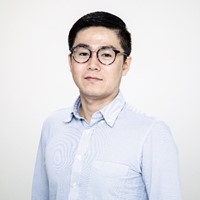 Dr Zhang has a proven track record in the development of novel prototype technologies, especially in water monitoring and treatment.

From 2011 to 2014, he developed a novel capacitive deionization (CDI) technology for inland brackish water desalination, which was funded by the National Centre of Excellence in Desalination, Australia (NCEDA). This project was carried out in conjunction with the industry partners, ‘Power and Water Corporation’ in the Northern Territory, and ‘SA Water’ in South Australia (with a budget of £300,000).

The impact of his work on Australian socioeconomics was featured as a cover article titled, ‘CDI can supply remote places’ in Desalination & Water Reuse, Vol. 22, Issue 2. To evidence this contribution further, he also won the highly competitive Australian Water Association (AWA) Postgraduate Water Research Award in 2013 (only 1 per year in Australia).

In 2014, he was awarded an Australian Endeavour Research Fellowship to work at the University of Cincinnati and National Risk Management Research Laboratory, United States Environmental Protection Agency (U.S. EPA). Between 2015 and 2017, he was selected by Australian Academy of Science as a Japan Society for Promotion of Science (JSPS) Overseas Fellow (10 per year in Australia) to worked at University of Tokyo, Japan.

Since 2016, Dr Zhang has been at the forefront of developing electrochemical sensors using various nanomaterials for environmental water monitoring, including heavy metals (i.e. lead and cadmium), disinfection by-products and algal toxins.