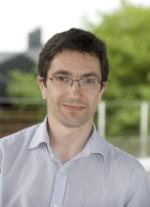 Professor Mareque-Rivas graduated from the University of Strathclyde and Universidade de Santiago de Compostela with degrees in Chemistry and Applied Chemistry, specialising in inorganic, physical and pharmaceutical chemistry. He did his PhD (1995-98) in supramolecular chemistry at the University of Missouri-St Louis and then postdoctoral research at MIT in the laboratory of Steve Lippard in the area of metalloneurochemistry (1998-2000). He established his independent reseach group at the EastChem School of Chemistry of The University of Edinburgh (2000-11). He was recipient of an Ikerbasque Research Professorship to join the newly formed Centre for Cooperative Research in Biomaterials (CIC biomaGUNE) in San Sebastian, where he established and was Group Leader of the Theranostic Nanomedicine Laboratory (2011-18). On his return to the UK he was appointed at The University of Aberdeen to initiate the Biomedical Engineering programme at the School of Engineering. During 2016-17 he joined Swansea University as Research Professor, serving as Department Co-Head (2016-18) and Head of Research (2016-21) in the New Chemistry Department.

Chemical and materials science approaches provide major opportunities in medical research. Our main interest is in how they can be applied aiming controlled immune modulation to enhance the ability of the immune systems to prevent and treat diseases. This multidisciplinary research is geared towards development of theranostic (therapy + diagnosis) platforms for infectious, autoimmune diseases and cancer.

Studies at bioinorganic chemistry-chemical immunology interface. We investigate how certain structures and biological functions of inorganic biological substances (e.g. bioinorganic chemistry of iron, metalloenzymes and (bio)minerals with defined structures) modulate immune responses. We work with metallodrugs and prodrugs (e.g. platinum-based anticancer agents) and clinical imaging agents - redesigned/repurposed to trigger and amplify anti-tumor immunity, to exploit or reprogram the tumour microenvironment the enhance cancer immunotherapy and to monitor the immune system and the immunotherapy.