The Institute of International Shipping and Trade Law in Courts

The research conducted by our members has been influential in shaping the common and international law. Below you can see examples of our research being relied on in courts and court judgments.

A book chapter written by late Dr Nikaki and Professor Soyer, “Enhancing Standardisation and Legal Certainty through Standard Charterparty Contracts” which was published as Chapter 5 of B. Soyer and A Tettenborn (ed), Charterparties: Law and Practice and Emerging Legal Issues  has been cited by the Commercial Court, Queen’s Bench, in SK Shipping Europe Plc v. Capital Maritime and Trading Company [2020] EWHC 3448 (Comm) (Foxton, J, at [129]).

Professor Tettenborn’s article “Creditors and Reflective Loss: A Bar Too Far” (2019) 137 Law Quarterly Review 182 has been cited with approval by the UK Supreme Court in the landmark case of Sevilleja v. Marex Financial Ltd [2020] UKSC 31 both by Lords Reed [77] and Sales [121]. The disposal of the appeal was in line with the suggestions made in the article. The same article forms a cornerstone of the plaintiffs' appeal to the South African Constitutional Court from the Supreme Court of Appeal's decision in Hlumisa Ltd v African Investment Bank Ltd [2020] ZASCA 83, delivered on 3 July 2020.

Professor Simon Baughen's book Human Rights and Corporate Wrongs: Closing the Governance Gap (Edward Elgar Ltd, 2015) was cited with approval in the majority decision of the Supreme Court of Canada in Nevsun Resources Ltd v Araya 2020 SCC 5 [112] in connection with corporate liability under customary international law and was noted [188] in the minority decision of Brown and Rowe JJ. 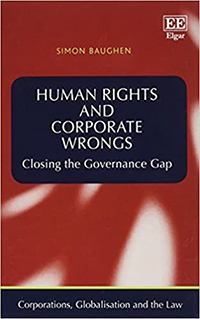 An article written by Professor Soyer and Associate Professor Leloudas “Carriage of Passengers by Sea: A Critical Analysis of the International Regime”, published in Michigan State International Law Review in 2018, cited with approval by the District Court of Columbia in Erwin-Simpson v. Berhard (DC DC, 2019).

A monograph written by Professor Soyer, Marine Insurance Fraud (2015), was cited with approval on the elements of the insured peril of piracy by the Commercial Court (QB) in The Brillante Virtuoso (No 2) [2019] EWHC 2599 (Comm). 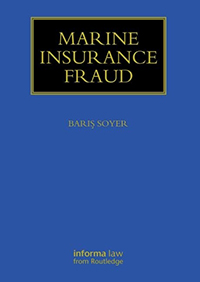 A passage in Summerskill on Laytime 6th ed (Sweet & Maxwell, 2017) (edited by Professor Simon Baughen) on an "always accessible" clause was referred to in The Aconcagua Bay [2018] EWHC 654 (Comm) by the Commercial Court. 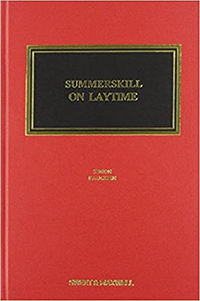 The seminal text co-authored by Professor Richard Williams, Limitation of Liability for Maritime Claims 4th edn (2005) was cited with approval by the Court of Appeal in The Aqasia [2018] EWCA Civ 276. 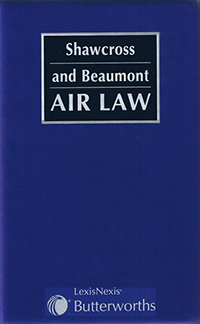 A passage in Shipping Law 3rd ed (Routledge, 2004) (authored by Professor Baughen) at 143, on the loss of the carrier's right to limit under the Hague Rules was cited with approval in the Federal Court of Canada in De Wolf Maritime Safety BV v Traffic-Tech International Inc  [2017] FC 23.

Limitation of Liability for Maritime Claims 4th edn (LLP, 2005) co-authored by Professor Williams was cited on numerous points by the Supreme Court of Canada in The Realice [2014] SCC 29 and also by the Court of Appeal in The Atlantic Confidence [2014] EWCA Civ 217.

An article written by Professor Soyer, Potential Legal Implications of the ISM Code for Marine Insurance (1998) International Journal of Insurance Law was cited in The Nancy [2013] EWHC 2116 (Comm) by the Commercial Court (QB) as a good illustration of the issues at stake. 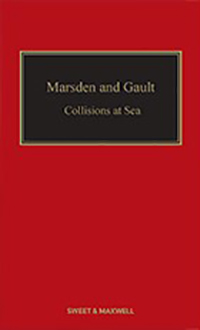 A passage in Professor Baughen's chapter in The Evolving Law and Practice of Voyage Charterparties, (Informa, 2009), at paras 11.21 to 11.22 on Lord Millett's categorisation of the nature of a lien on sub freight was cited with disapproval by the Federal Court of Australia in Daebo Shipping Co Ltd v  The Ship "Go Star"  [2012] FCAFC 156.

Professor Tettenborn’s book The Law of Restitution in England and Ireland, 3rd ed (Cavendish, 2001), was cited by the Court of Appeal (at [81]) in Sinclair Investments (UK) Ltd v Versailles Trade Finance Ltd (In Administration) [2011] EWCA Civ 347.

The Court of Appeal in The Mercini Lady [2010] EWCA Civ 1145 has relied on the suggestions of Professor Tettenborn expressed in an article published in [2009] Lloyd’s Maritime and Commercial Law Quarterly 417, Of FOB Sales, Seller’s Obligations and Disclaimers, on ruling the interpretation of exclusion clauses in sale contracts.

Limitation of Liability for Maritime Claims 4th edn (2005) co-authored by Professor Williams was cited on numerous points by the Federal Court of Australia in The APL Sydney [2010] FCA 240. 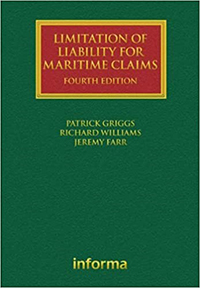 The House of Lords in The Achilleas [2008] UKHL 48 in the process of delivering a landmark decision on remoteness of damages in charterparties referred to an article written by Professor Tettenborn published in the Journal of Contract Law in 2007 (Hadley v Baxendale Foreseeability: a Principle Beyond its Sell-by Date) stating that it offered an illuminating analysis on the subject.

The Court of Appeal in Barbados Trust Co v. Bank of Zambia [2007] EWCA Civ 148 made references to two articles of Professor Tettenborn published in the Lloyd’s Maritime and Commercial Law Quarterly criticizing the reasoning of Lightman, J, in Don King [2000] Ch 291 on the nature of equitable assignment. 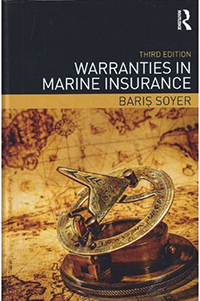 Prof Andrew Tettenborn is the general editor of Clerk & Lindsell on Torts. Clerk & Lindsell, dating from the early nineteenth century, is with Chitty on Contracts one of the two flagship titles in Sweet & Maxwell's Common Law Library. His contributions to this book have been cited on numerous times by courts. The citations in the last decade are as follows: 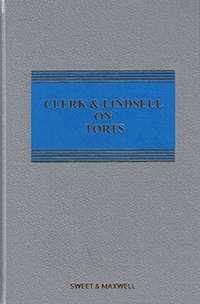