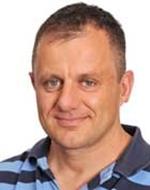 Paolo Bertoncello was appointed Lecturer in Chemical Engineering in the Department of Engineering at Swansea University in 2010. Prior to this appointment he spent seven years, as a postdoctoral researcher in several research institutions:

In 2004 he was the recipient of a prestigious and highly competitive Marie Curie Fellowship from the EU Commission, and he moved to the Unwin’s lab at the University of Warwick.

In 2008 he moved to the Forster’s group at Dublin City University through a Marie Curie Reintegration Grant and a DCU Research Fellowship.

In 2003, he received his PhD in Biophysics. PB’s research career has focused on combining functional materials with electrochemistry, and thin films technologies, especially the Langmuir-Blodgett method to fabricate polymeric/metal nanoparticles nanostructures for electrocatalytic energy and sensing applications.