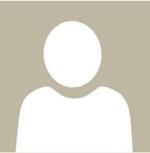 From 1995 until 2001, Dr Raoul van Loon did his BSc and MSc in Mechanical Engineering at the Eindhoven University of Technology graduating in the group of Prof. Frank Baaijens. Raoul's graduation work was on the development of a finite element code that could describe the three-dimensional swelling behaviour of porous tissues and clays using the theory of mixtures.

After that, he started my PhD in the Bioengineering department in the group of Prof. Frans van de Vosse. The subject of his research was to develop a fluid-structure interaction method that could be used for heart valve modelling. In 2005 Raoul received his PhD on this topic.

As a Marie Curie fellow, Raoul started work in the group of Spencer Sherwin in the Aeronautics Department at Imperial College London. The research focused on a further development and understanding of numerical techniques and models concerning the fluid-structure interaction of heart valves.

In addition, he collaborated with the Tissue Engineering group, led by Patricia Taylor, Adrian Chester and Sir Magdi Yacoub, at the Heart Science Centre in Harefield. In collaboration with Chris Bowles, he also contributed to the optimisation of a bioreactor for tissue engineered heart valves.

Currently, Raoul works on various problems related to biomechanics and biofluid flow. His main collaborators are Igor Sazonov and Perumal Nithiarasu in the College of Engineering and Jason Xie in the Computer Science department.