Secretary Clinton and the School of Law 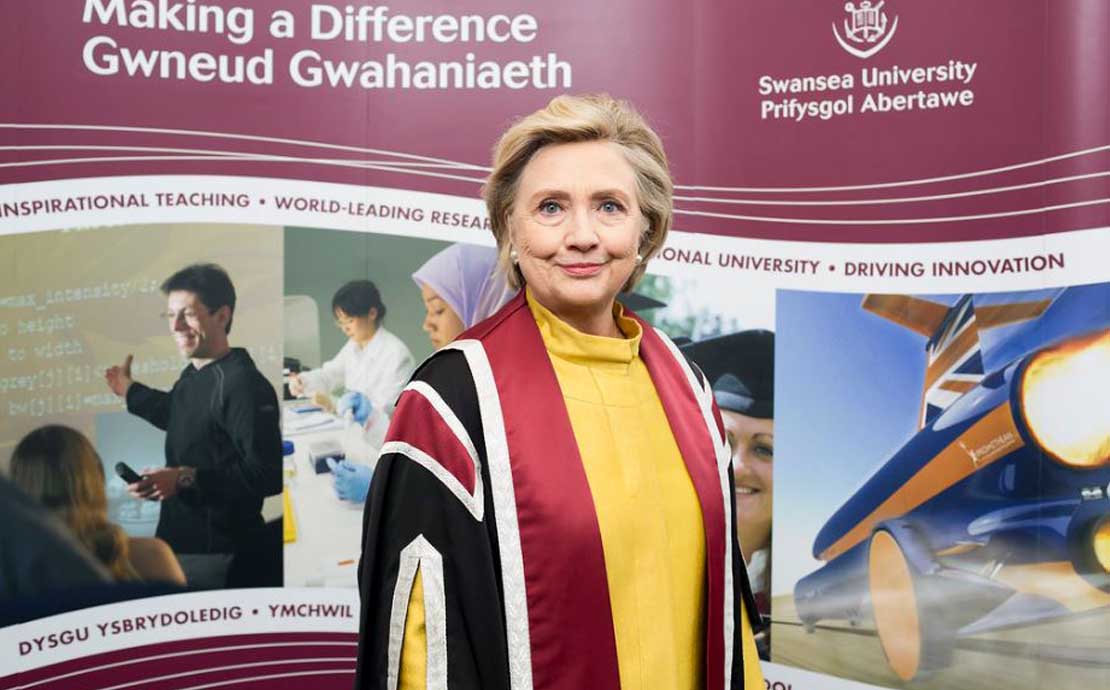 “No institution that I know of in the world right now is better positioned than this law school to harness the very forces that threaten children’s safety, like globalization and technology, like climate change and conflict, to search for, find, and implement new solutions. This must be a global movement and its hub can be right here in Swansea.”

Hillary Rodham Clinton and the School of Law

In October 2017, Swansea University was proud to confer an Honorary Award on former US Secretary of State, Hillary Rodham Clinton, in recognition of her political career, commitment to human rights, and of her ancestral connections with Swansea. During the ceremony, Secretary Clinton gave a keynote lecture on children’s human rights and unveiled a plaque to mark the naming of the Hillary Rodham Clinton School of Law.