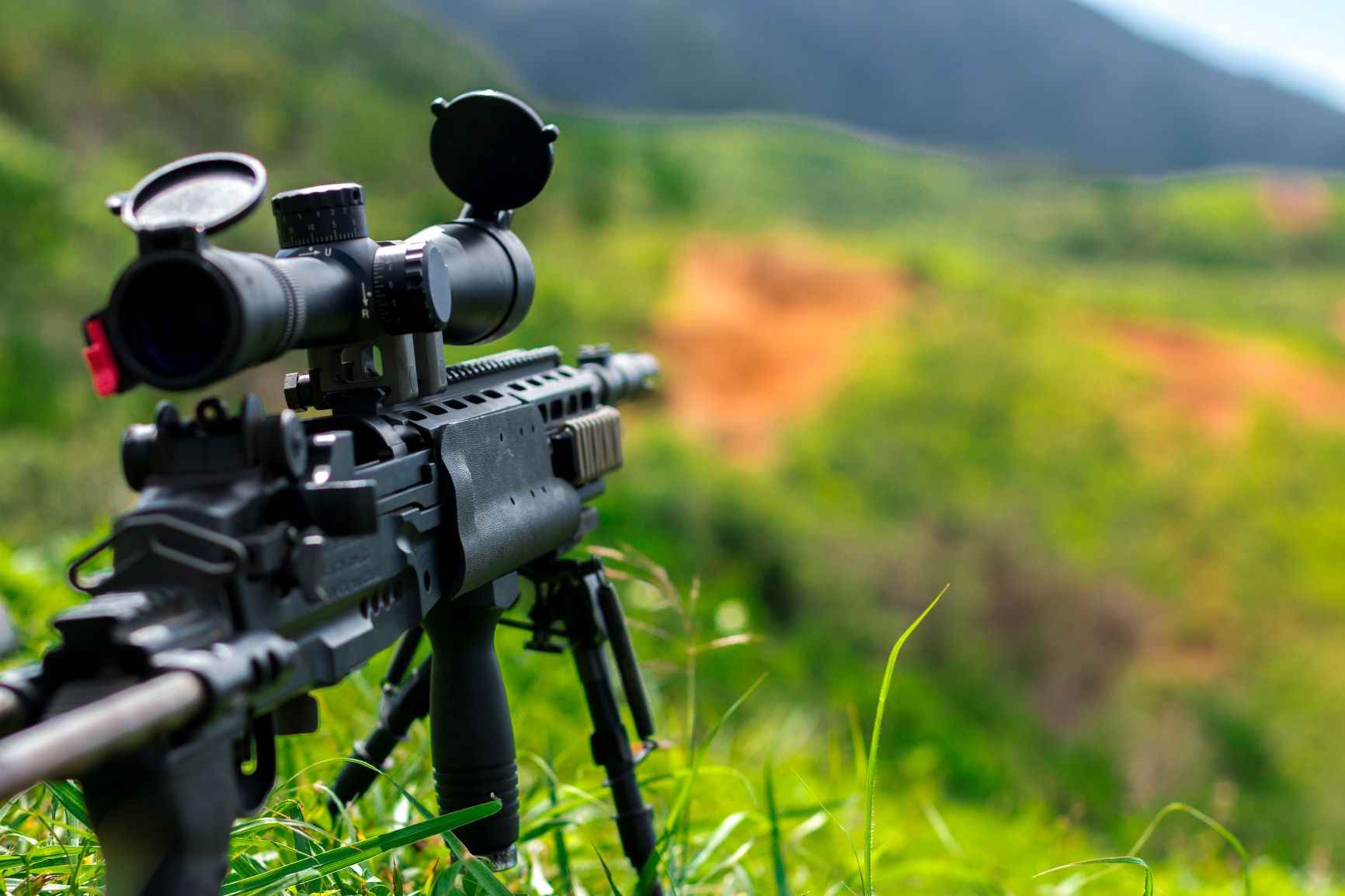 The production and transport of illicit drugs is closely connected with violence. As criminal gangs and so-called drug ‘cartels’ attempt to secure trafficking routes, move drugs, and consolidate and expand territories of control, they regularly clash with rival organisations and the state. At the same time, many national security forces have been shown to be linked with traffickers, and violent responses to the trafficking and production of drugs often provide the spark for horrendous levels of violence; as demonstrated in Mexico since 2006. In both cases, it is the population who suffer. Drug production often takes place in insecure areas, including war zones - almost the entire world’s heroin production occurs in a country at war. While violence and conflict have many sources, too often the drugs issue serves as a catch-all, simplifying complex conditions and ignoring the underlying factors that drugs can serve to inflame rather than create. Colombia and Afghanistan are two prominent cases of countries where the ‘war on drugs’ has become enmeshed in a national conflict. In these countries, not only have counter-narcotics policies proven ineffective, they  have also had disastrous consequences for the population. New approaches and perspectives are clearly needed. This project focuses on analysing the interplay between drugs and violent conflict, on bringing context to the debate, and on advocating strategies that combat violence while reducing levels of harm and respecting human rights.

Remote warfare in the ‘backyard’:

the US government, counternarcotics, and remote warfare in Latin America 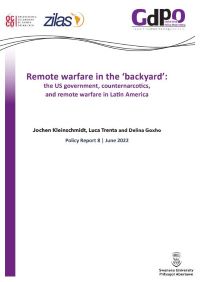 In the last ten years the proliferation of drones (or UAVs)1 has extended to Latin America. Governments in the region have invested in drones both through the purchase of technology and finished products from abroad, and through the development of their own domestic industry, which have taken distinct paths. While the focus of this report is primarily on their deployment for counter-narcotics purposes, drones in the region have performed a plethora of tasks. With the increase in tasks performed by drones, especially in countries that have been heavily involved in the ‘war on drugs,’ this new technology is contributing to the already advanced blurring of boundaries between war and law enforcement.

Read the full report: REMOTE WARFARE IN THE ‘BACKYARD’

Scanning the Horizon: Drones and Counter-narcotics in Latin America 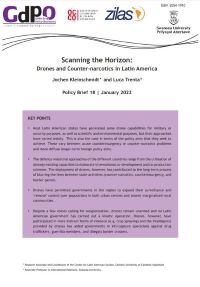 In the last ten years the proliferation of drones (or UAVs)1 has extended to Latin America. Governments in the region have invested in drones both through the purchase of technology and finished products from abroad, and through the development of their own domestic industry, which have taken distinct paths. While the focus of this report is primarily on their deployment for counter-narcotics purposes, drones in the region have performed a plethora of tasks. With the increase in tasks performed by drones, especially in countries that have been heavily involved in the ‘war on drugs,’ this new technology is contributing to the already advanced blurring of boundaries between war and law enforcement.

Read the full report: Scanning the Horizon: Drones and Counter-narcotics in Latin America 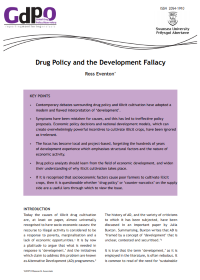 Contemporary debates surrounding drug policy and illicit cultivation have adopted a modern and flawed interpretation of ‘development’. Symptoms have been mistaken for causes, and this has led to ineffective policy proposals. Economic policy decisions and national development models, which can create overwhelmingly powerful incentives to cultivate illicit crops, have been ignored as irrelevant. The focus has become local and project-based, forgetting the hundreds of years of development experience which emphasises structural factors and the nature of economic activity. Drug policy analysts should learn from the field of economic development, and widen their understanding of why illicit cultivation takes place. If it is recognised that socioeconomic factors cause poor farmers to cultivate illicit crops, then it is questionable whether ‘drug policy’ or ‘counter-narcotics’ on the supply side are a useful lens through which to view the issue.

Through a Broken Glass, Darkly; Drug Policy and the War in Afghanistan 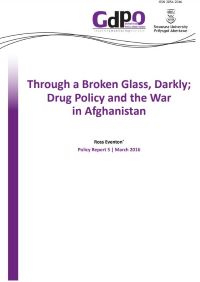 For more than fourteen years now, Washington has been pursuing a defined set of strategic objectives in Afghanistan. In doing so, it has created and supported a client State on the standard model and imposed a specific and familiar economic regimen. Combined with the years of armed conflict, these factors have generated insecurity and poverty, both of which are at the core of a poor farmer’s decision to cultivate an illicit crop. These core policies that have contributed to the soaring rise in opium cultivation cannot be separated from so-called ‘counter-narcotics’ initiatives. Once relevant context is taken into account, there is little evidence a genuine counter-narcotics policy has been attempted in Afghanistan. The argument is only bolstered when the implications of the actual policies themselves are considered. A narrowness of focus and a willingness to accept the boundaries of debate handed-down by officials has impoverished analyses of the situation not just in Afghanistan but also across the many theatres of the so-called War on Drugs. Advocacy which might alleviate the problems with which counter-narcotics operations are ostensibly concerned, but which would require moving outside the traditional remit of drug policy analyses and confronting the strategic goals of the foreign forces in Afghanistan, has been off-limits by default. Yet only by widening the lens, by recognising not just in word but also in action that drug cultivation is a ‘cross-cutting’ issue, can we hope to advocate policies that will reduce illicit drug cultivation and the recourse to harmful drug use.

Read the full report here: Through a Broken Glass, Darkly; Drug Policy and the War in Afghanistan

Above the Law, Under the Radar: Aerial Fumigation in Colombia

The employment of private military and security companies (PMSCs) to carry out government policies has grown exponentially over the past two decades.  Conventional explanations for this rise, such as cost-saving and down-sizing, do not appear convincing, given the evidence.  Instead, it seems national governments are paying a premium to enjoy two major benefits of outsourcing: secrecy and a lack of accountability.  Aerial fumigation of illicit crops in Colombia, backed financially, diplomatically and logistically by Washington, is a case in point.  The ineffective policy is of dubious legality, causes damage to people and the environment, and would, if carried out by US military forces, imply the direct involvement of the US in Colombia’s civil war, thereby triggering the application of international law as it applies to armed conflict.  Moreover, there is substantial evidence suggesting that fumigation, while failing in its officially declared goals, does achieve strategic objectives for Washington and Bogota through the displacement of the rural population from areas of insurgent influence.  For Colombia, the presence of foreign contractors has implied a significant undermining of national sovereignty. In addition, it has removed any viable recourse for citizens subject to human rights violations by contractors - whether during the course of fumigation operations or otherwise.

Read the full report here: Above the Law, Under the Radar

Although the term ‘narcoterrorism’ emerged in the early 1980s to describe the attacks by the Shining Path and the Revolutionary Armed Forces of Colombia (FARC) against counternarcotics police, its meaning has expanded and lost clarity since then, while the term gained significant traction after September 11th 2001.  The term is problematic in that it suggests a ‘symbiotic relationship’ between drug traffickers and terrorists that is very rarely confirmed by evidence, as the case studies of Peru, Afghanistan, Mali and Mexico demonstrate.  ‘Narcoterrorism’ is a red herring as it diverts attention away from other important issues, such as corruption, state abuses, arms trafficking, human trafficking and other types of organised crime and violence.  This simplistic label often overestimates the importance of the drug trade in funding terrorism, and of the use of terrorist tactics by drug traffickers.  Drug trafficking and other types of illicit trade and organised crime are important issues in their own right, and should not need the ‘terrorism’ label to attract attention.  While simplifying complex problems may be appealing, it may lead to ineffective and at times counterproductive policy responses.

Three inter-related developments within US foreign policy have emerged in recent years: the militarisation of Central America states under the auspices of confronting drug trafficking organisations and improving human security; the deployment of militarised DEA agents overseas; and the emergence of ‘counter narco-terrorism’ as a means of justifying such policies.  Linking these developments is the use by US officials of ‘counter narco-terrorism’ as a justification for chosen policies. In Afghanistan, FAST has been touted as such a programme - regardless of the fact that Washington does not officially consider the Taliban a terrorist group. In Central America, officials have publicly offered the same explanation for their policies without providing any substantiating evidence. A strenuous effort to generate such a connection appears to be underway, whether any link exists in reality or not. It is too easy to say ‘counter-narcotics’ operations are failing or misguided. Washington’s policies in Central America may well have disastrous results for many, but through the maintenance of a certain status quo and the improvement of the climate for business and investment, they are undoubtedly a success for others.