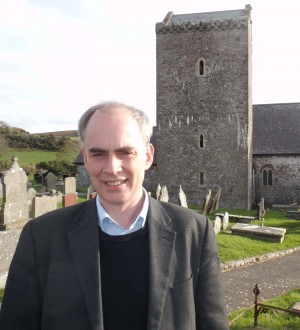 Professor Daniel Power (Department of History and Classics) has been awarded a Major Research Fellowship by the Leverhulme Trust for the academic years 2016-18, for the project The Separation of England and France 1204-1259.  This award will allow him to complete two major publications arising from his research into the vexed relationship between England and France, especially Normandy, in the Middle Ages.

The relationship between Britain and the Continent has never been more closely scrutinised than it is today. Yet this relationship has taken shape over many centuries. The present project examines a turning point in its formation: the dissolution in the first half of the 13th century of the ‘Anglo-Norman realm’ that had been created by the Norman Conquest of England in 1066. The conquest of England by Duke William of Normandy in 1066 established strong political and cultural ties between England and Northern France, but William the Conqueror’s great-great-grandson King John was driven out of his ancestral homelands of Normandy, Maine and Anjou in 1204.  However, the main connections between England and France could not all be undone overnight.  The project will provide the first comprehensive assessment of the gradual rupture of the ties between England and Northern France in the 13th century, which established a permanent breach between the two kingdoms – one that not even the English attempts to conquer France during the Hundred Years War in the 14th and 15th centuries could repair. The project will advocate a new understanding of the relationships between power, property, and personal and family identities at a crucial stage in the formation of Europe’s nations.

This project will produce two main outputs:  a monograph and a critical edition. The monograph, entitled The Anglo-French Aristocracy 1204-59: the fracturing of a cross-Channel community, will trace the history of cross-Channel connections between King John’s loss of Normandy and the Treaty of Paris in 1259, at which John’s son King Henry III formally renounced his claims to Normandy (apart from the Channel Isles). Amongst the themes that the book will examine will be royal patronage, legal custom, aristocratic networks, cross-Channel communications, the role of the Church, the literary and linguistic context, and concepts of national and family identity and memory. The conclusion will consider the significance of the Anglo-French experience for the history of medieval identities, aristocracies, and state formation.

The other main output, The Charters of the Du Hommet family, constables of Normandy and lords of Stamford, is an edition of about 400 title deeds and letters that were produced on behalf of one of the leading Anglo-Norman noble families in the period surrounding the end of the Anglo-Norman realm.  It will make publicly available a vast body of sources for the Anglo-Norman aristocracy, allowing insights into networks of power, landed wealth, relations with the Church, and, above all, cross-Channel connections.  The edition will be published by the Pipe Roll Society, one of the leading publishers of medieval administrative records.