German author Jörg Bernig, who spent two years as a language tutor in Swansea University, is returning to Swansea to work with students and staff as Writer in Residence at the Centre for Contemporary German Culture, in a scheme supported by the German government.

As a poet and a former miner, whose work deals with questions of identity, it is perhaps not surprising that Herr Bernig has established links with Wales. 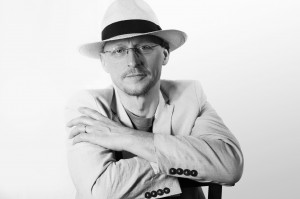 Jörg Bernig came to work in the German department in the early 1990s, just after the fall of the Berlin Wall.  Before that he was a uranium miner in East Germany and also served in the East German army.  He studied English and German literature at Leipzig and Berlin.

Since 1998 he has published poetry, short stories and three novels, one of which, Weder Ebbe noch Flut, (Neither Low nor High Tide) is set in Swansea.  It is meticulously observed and richly evocative, linking past and present in a poetic prose.

A key theme in his writing is the idea of Mitteleuropa – a notion of central Europe which cuts across national boundaries.  He has been awarded several prestigious prizes for his literary work, including a Hölderlin Prize, a Lessing Prize and an Eichendorff Prize.  His work has been translated into Rumanian, Polish, Lithuanian, Latvian, Italian, Czech and English.

Herr Bernig’s visit, which is supported by the German Academic Exchange Service, (DAAD), involves a series of activities with students, staff and the wider community, including: 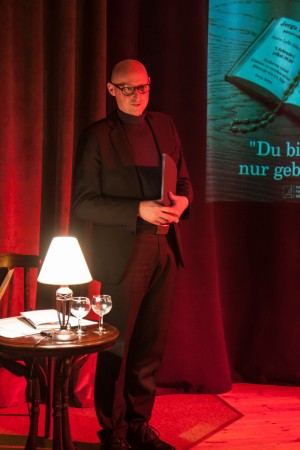 "I'm looking forward to returning to Swansea where I spent two happy years that meant a lot to me.  I really want to thank the students in Swansea for learning my language and getting to know the literature and culture of my part of the world, central Europe.

While I'm in Swansea I'm hoping to be able to work on projects I've started. Also to sharpen my ear for homegrown poetry. I'm hoping for chance encounters, that someone, or maybe some text I read will say to me: 'Hey you, listen!'"

Dr Brigid Haines, Reader in German in the Department of Languages,Translation and Communication, said:

"We are delighted to welcome Jörg Bernig back to Swansea and to the Centre for Contemporary German Culture. He touched staff and students alike with his energy and enthusiasm when he was here in the 1990s, and formed lasting friendships.

He has become a successful novelist and poet, writing about central Europe, life in East Germany and his memories of Swansea. We look forward to introducing him to a new generation of students and to exploring his fascinating body of work."

The Centre for Contemporary German Culture at Swansea University has been hosting visiting writers from the German-speaking countries for the last twenty years; past guests include Peter Schneider, Uwe Timm, Volker Braun, Esther Dischereit, Ilija Trojanow, Zafer Senocak and Nobel laureate Herta Müller, who received an honorary fellowship from the University in 2012.