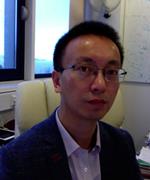 Professor Xianghua Xie is currently leading a research team on Computer Vision and Machine Learning (http://csvision.swan.ac.uk) in the Department of Computer Science, Swansea University. He was a recipient of an RCUK Academic Fellowship (tenure-track research focused lectureship) between September 2007 and March 2012. He was appointed as a Senior Lecturer from October 2012, then an Associate Professor in April 2013, and a full Professor from March 2019. Prior to his position at Swansea, He was a Research Associate at the Computer Vision Group, Department of Computer Science, University of Bristol, where he completed both his PhD (2006) and MSc (2002) degrees.

Professor Xie has strong research interests in the areas of Pattern Recognition and Machine Intelligence and their applications to real-world problems. He has been an investigator on several research projects funded by external bodies, such as EPSRC, Leverhulme, NISCHR, and WORD. Among his research works, those of significant importance include detecting abnormal patterns in complex visual and medical data, assisted diagnosis using automated image analysis, fully automated volumetric image segmentation, registration, and motion analysis, machine understanding of human action, efficient deep learning, and deep learning on irregular domains. By 2020, he has published over 150 fully refereed research publications and (co-)edited several conference proceedings. He is an associate editor of IET Computer Vision and an editorial member of a number of other international journals and has chaired and co-chaired several international conferences, e.g. BMVC2015 and BMVC2019.

More information can be found from his group website: http://csvision.swan.ac.uk