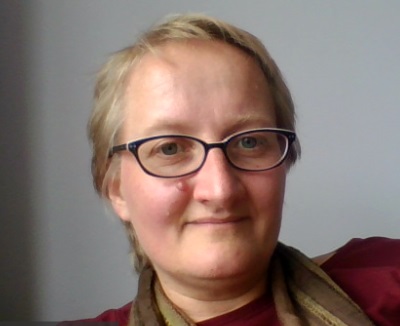 I am a Greek historian, and I teach modules related to the history of Greece and the eastern Mediterranean from the early Iron Age to the Roman period. In addition, I have a strong interest in Greek mythology and ancient geography.

Small City-states
Small communities, especially Greek city states, are at the centre of much of my work. This means going beyond the few famous ancient cities (Athens, Sparta), and trying to understand how most Greeks were living, in the hundreds of smaller cities which existed in the Greek world. This led me to work on Aeneas Tacticus, a military writer of the C4th BCE – see my website www.aeneastacticus.net

The Peloponnese
Much of my work focuses on this southern part of the Greek mainland, a very mountainous territory with many small cities which played an important role in Sparta’s foreign policy. I am currently writing on Sparta’s alliance, the Peloponnesian league, with a focus on the role of the member states.

Ancient Geography and Travel Writing
My doctoral thesis was on the Arcadian book (VIII) of Pausanias Description of Greece. I have since worked on various aspects of ancient geography and travel writing (factual and fictional).

Myths and Mythography
My interest in this area focuses particularly on myths in their community context: why did Greeks tell these stories, what purpose did they serve within the community and in the communication between states?

The Second Sophistic
Work on Pausanias also led me to further research in the culture and literature of Greeks in the heyday of the Roman Empire (the Second Sophistic). Apart from Pausanias, I have been doing work on Lucian, Aelius Aristeides, Lucian and Polyaenus.