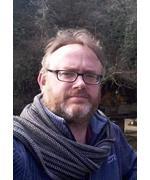 Mark Humphries is a specialist in the history of Late Antiquity, the period stretching from the third century to the seventh that saw dramatic transformations of the ancient world. These included the collapse of the Roman Empire in the West and the emergence of new states and societies, and the disappearance of the ancient religions known as ‘paganism’ and the emergence of the new faiths of Christianity and Islam. He studies these transformations in a way that emphasises connections and interactions between the Mediterranean world of the Roman Empire and neighbouring regions of Eurasia and Africa. He publishes widely on all aspects of the history and culture of the period. He is an editor of the acclaimed Liverpool University Press series Translated Texts for Historians, which produces volumes of sources for the period 300-800, and he is the area editor for Late Antiquity and Byzantium for the Encyclopedia of Ancient History. He has been Professor of Ancient History at Swansea University since 2007, having previously held positions at Maynooth, Manchester, St Andrews, and Leicester.

At undergraduate level, Mark Humphries contributes to a wide range of modules on the ancient world, as well as teaching research-led modules on the transformation of the Roman world and the rise of Christianity. At postgraduate level he offers specialist teaching on late-antique and early Christian culture.

Mark Humphries is currently completing a major project that argues for a new understanding of the place of internal disunity and civil war in the political collapse of the Roman empire between the third and fifth centuries.