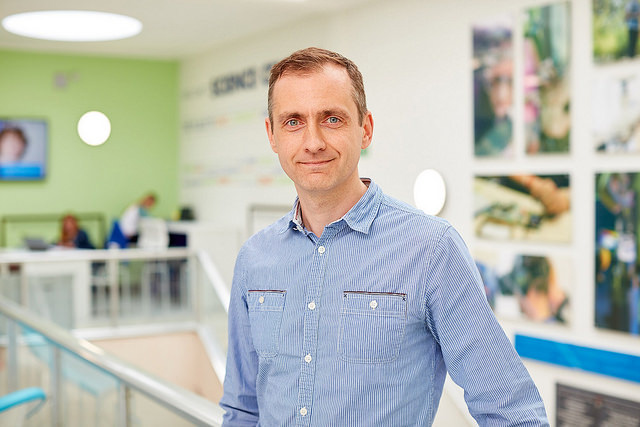 Kevin O’Keeffe is Senior Lecturer in Physics at the College of Science, Swansea University. His doctoral work was performed at the Technical University of Vienna, Austria, and focused on the generation of few-cycle laser pulses and their application to the control of atomic photoionization. His postdoctoral research was performed at the University of Oxford and focused on the development of sources of short wavelength radiation driven by high intensity laser systems. Between 2010 and 2013 he was Stipendiary Lecturer in Physics at St. Hilda’s College, University of Oxford where he taught atomic physics, optics, and thermodynamics.

In 2014 he joined the physics department at Swansea University. His research is now focussed on the development of high spatial- and temporal-resolution imaging based on compact coherent x-ray sources.

2012 Cavendish Medal (1st place in Physics) at the Science, Engineering and Technology for Britain competition for early-career research scientists.