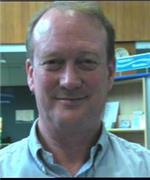 GERAINT EVANS teaches modern literature in the Department of English at Swansea University and is a member of the Centre for Research into the English Literature and Language of Wales (CREW).

His research interests include literary modernism, Welsh writing in English and the history of the book in Britain, often with a focus on the languages and cultures of Wales and their interaction with England and international English culture.

Geraint trained in theatre and performance at the Rose Bruford College, London before studying at Birkbeck College, London, University of Wales Swansea, and Clare College, Cambridge. Before moving to Swansea he taught modern British and Irish literature at the University of Sydney.

Geraint has published widely on the literatures of England and Wales in the twentieth century and also on the history of the book in Britain, particularly in the early modern period. He is co-editor of The Cambridge History of Welsh Literature, which was published by Cambridge University Press in 2019.