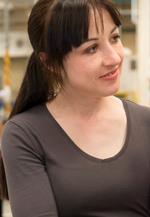 I am a specialist in the social history of Britain, especially England and Wales, during the central Middle Ages (c. 1000-1300). In particular, I am fascinated by the intersections of gender, locality and class attendant upon the actions and experiences of the female members of the greater Marcher families before the conquest of Wales in 1282, and by the experiences of Jewish women litigants in medieval England before the Expulsion (1290). Some (but not all!) of my recent work has looked at women’s litigation and the interaction of different legal systems in the Anglo-Welsh border region, and at Jewish women before the secular courts in thirteenth-century England. My most recent publications include articles in English Historical Review, Law and History Review and Anglo-Norman Studies, as well as a prize-winning essay, aimed at a wider readership, in the Journal of the Mortimer History Society.

Recently I was awarded funding from the British Academy/Leverhulme Small Grants scheme and the Jewish Historical Society of England to begin a study of Jewish litigants, men and women, in England before 1290 and to explore the northwest European context up to the Black Death.

I am a Fellow of the Royal Historical Society and Co-Director of MEMO, the Swansea Centre for Medieval and Early Modern Research. I am also presently engaged as the historical consultant on a large-scale Cadw-led project to redevelop Caerphilly Castle as a major heritage attraction.