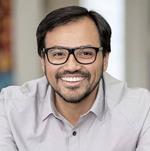 Dr Alma Rahat is a Lecturer in Data Science. He is an expert in Bayesian search and optimisation for computationally expensive problems (for example, geometry optimisation using computational fluid dynamics). His particular expertise is in developing effective acquisition functions for single and multi-objective problems, and locating the feasible space. He is one of the twenty four members of the IEEE Computational Intelligence Society Task Force on Data-Driven Evolutionary Optimization of Expensive Problems, and he has been the lead organiser for the popular Surrogate-Assisted Evolutionary Optimisation workshop at the prestigious Genetic and Evolutionary Computation Conference (GECCO) since 2016. He has a strong track record of working with industry on a broad range of optimisation problems. His collaborations have resulted in numerous articles in top journals and conferences, including a best paper in Real World Applications track at GECCO and a patent.