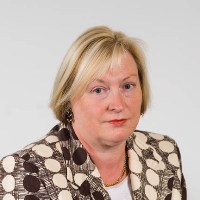 "It is an honour and great pleasure to have been asked to welcome you here today for the opening of the ‘Dillwyn Day’. Throughout the day you will hear six talks from experts on the Dillwyn family during which, it is hoped that we will gain a better understanding about their incredible dynasty and the wonderful legacy that they have left in so many different fields.

It strikes me as very apt that I should be asked to open the Dillwyn day, not only because the Dillwyn family have left a lasting and impressive mark on my constituency, but also as Minister for Business , Enterprise Technology and Science, my portfolio’s title very much resembles the vast array of interests and fields that the Dillwyn’s contributed to.

The Dillwyn family’s association with my constituency dates as far back as 1783 when Gryffydd Price left his estate at Penllergaer to his cousin John Llewellyn who subsequently relocated his family there.

John Llewellyn would later bequeath the estate to his grandson John Dillwyn Llewellyn and through his vision and love of photography, botany and astronomy embarked on an ambitious remodelling of the estate to cultivate its natural beauty and allow himself to indulge in his interests. Over the years the Family, using the Penllergaer estate as their base, embarked on an incredible journey into science, astronomy, politics, botany photography and philanthropy.

It is with great pride that two women feature prominently in the Dillwyn’s history. Mary was Wales’ first female photographer and such were her talents and importance, The National library of Wales have recently digitised her works. Of particular interest to me however, as Minister for Business is Amy Dillwyn. Amy is one of the earliest female industrialists and having already found fame as a novelist focusing on the role of women in Victorian Britain, she made her fortune in industry, saving a spelter works from collapse and subsequently achieving great financial success. As a campaigner for women’s suffrage, Amy became president of the Swansea branch of the NUWSS. Amy Dillwyn was something of a real heroine in an age of few prominent female protagonists.

The Dillwyn family were at the cutting edge of their time and in many ways catalysts for change in all their fields. William Dillwyn for example was a founding member of the society for abolition of the slave trade. The Dillwyn’s have given so much to Gower constituency and the wider world and it is with great pride that the people of Swansea and more specifically Penllergaer as a village which itself grew out of the workers cottages built by John Dillwyn Llewellyn and remember the legacy of the Dillwyn’s with pride and affection.

I believe that it is vitally important that events such as this as well as the Dillwyn group, and also the Penllergaer trust whom I have a keen interest in continue to study, archive and share information on the Dillwyn family and its estate so that future generations may learn about their achievements as well as serve as inspiration to younger generations of what may be achieved through hard work and passion.

I am sure you will find the forthcoming talks on the Dillwyn family and their areas of interest very informative and enjoyable and I am sorry that I am unable to stay for them all as I have another diary engagement to attend.

Edwina Hart is the Assembly member for Gower and was born and raised in Gowerton where she still lives with her husband. She attended Gowerton Girls Grammar School where she enjoyed English and Music and was a member of the National Youth Orchestra of Wales.

She worked in banking where she became active in the trade union movement and was elected as the first female president of banking union BIFU (now part of Unite).

As well as her extensive work in the trade union movement for which she received an MBE for trade union services in 1998 she also served as a member of the Broadcasting Council for Wales and the Wales Millennium Centre.

Edwina was elected to the first Assembly in 1999 and became the Assembly’s first Finance Secretary, in 2000 this was changed to include responsibility for local government and she became Minister for Finance and Local Government. After the 2003 Assembly election she took on the newly created Social Justice portfolio and became the Assembly’s first Social Justice and Regeneration Minister. After the 2007 Assembly election Edwina was appointed  as Minister for Health and Social Services and she  took on her present role as Minister for Business, Enterprise, Technology and Science after the 2011 election.

Her prime interest is politics especially equal opportunities and economic development. She is a member of Unite and Community. She also enjoys music and literature.