Targeted killing: the recurrence of assassinations in US foreign policy 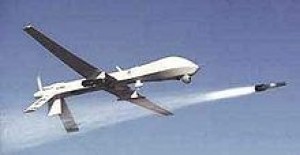 The Obama Administration’s use of drones has generated strong interest in targeted killings. The technological novelty of drones, however, has meant that most of the literature largely obscures the fact that assassination has a long history in US foreign policy. Few scholars have identified the recurrence of assassinations, but the reasons behind it remain unexplored.

This project aims at assessing under what circumstances practices of assassination have proven a plausible and permissible option for US foreign policymakers. Building on Allison’s decision-making models, the project develops three propositions to interpret the pattern of disappearance and re-emergence of assassinations. Part of a broader research programme, this project looks at the ‘season of inquiry’ in the mid-1970s and at the resurgence of assassinations in the 1980s. With drones firmly established as the counter-terrorism weapon of choice, interpreting the reasons behind assassination practices has clear implications for current public debate and policy-making.

This project is funded by a BA/Leverhulme Small Grant.

"A New Platform: Exploring the Effectiveness of UAVs and Drones": 13 October 2015, IISS London

A workshop entitled  ‘A New Platform: Exploring the Effectiveness of UAVs and Drones’ has been organised by Dr Luca Trenta of Swansea University and Professor Jasen Castillo of the Bush School of Government and Public Service. The workshop builds on the University’s Texas Strategic Partnership. It will bring together scholars from Europe, the UK and the USA who study the military effectiveness of Unmanned Aerial Vehicles. The aim of the workshop is to form an international team of researchers on UAV and drone effectiveness that will pursue research support from external grants. The workshop will deal with three main research clusters:

1) Drones and military effectiveness: Research in this area has been, admittedly, quite vast. The workshop, however, will contribute to the topic in two main ways. First, it will explore longer-term effects of drone strikes. Second, it will explore the relation between drones and the military worlds.

2) Expanding the effectiveness debate: The panel will explore effectiveness beyond the military and strategic environment, by looking at reputational effects for the United States, at the effects on local communities and at the impact of drones on women.

Department of Political and Cultural Studies