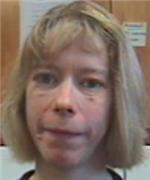 Rachel Farebrother’s primary research interests lie in African American literature and culture, especially the Harlem Renaissance. She has also written several articles on postcolonial literature, especially writers of the South Asian diaspora such as Agha Shahid Ali and Anita Desai. Her monograph, The Collage Aesthetic in the Harlem Renaissance (2009), which was awarded Honourable Mention in the British Association of American Studies book prize, explores the historical, aesthetic, and political burdens of recurring collage patterns in the pages of New Negro texts. It interprets synthesis and fragmentation in the writings of Zora Neale Hurston, Alain Locke, and Jean Toomer in relation to visual collage and Boasian anthropology, which understood culture as an assembly of diverse fragments rather than a coherent whole.
Rachel is the co-editor (with Miriam Thaggert, SUNY-Buffalo) of A History of the Harlem Renaissance (Cambridge University Press, 2021) and African American Literature in Transition, 1920-30 (Cambridge University Press, in production). Rachel has contributed a chapter to each volume, one on the child dancer in Harlem Renaissance literature and culture, and the other on religion, urban space, and modernity in Rudolph Fisher’s 1920s fiction. Her essays have appeared in Journal of American Studies, MELUS, Modernism/modernity, Slavery & Abolition, and various edited collections. She has been awarded research grants from the Beinecke at Yale University, the British Library and the British Association of American Studies, Emory University, and the JFK Institute at Free University of Berlin.