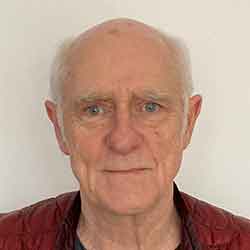 My main area of expertise has been the modern history, politics and economic development of the eastern half of Europe, as reflected in my major publications: Communism and Development, 2nd edition, 315 pp., Routledge, 2015; A History of Eastern Europe, 2nd ed., 669 pp., Routledge, 2007 (with Ian Jeffries); and The Balkans: A Post-Communist History, 620 pp., Routledge, 2007. These led to my being invited to the US State Department in May 2009 to advise the Obama Administration on the likely impact of the international economic crises of 2008 on Eastern Europe. A History of Eastern Europe has sold tens of thousands of copies and has been published in Chinese translation, and the Royal National Institute for the Blind also recorded it as an audio book.

I have also published extensively on European integration and on Marxist thought.

The Global Genesis of Modern Economic Thinking
Economic Thought and Development in Brazil
Colonizer Genocides in the Americas: A Comparative Study
The Political Economy of Oil States
East Central Europe since 1900