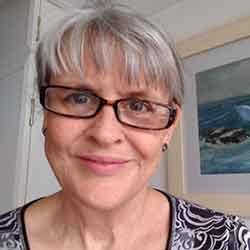 Dr Marie-Luise (Mel) Kohlke is a leading researcher in the field of Neo-Victorian Studies, serving as the General Editor of the ground-breaking, open-access e-journal Neo-Victorian Studies (http://neovictorianstudies.com/), which she founded at Swansea University in 2008, and as Series Co-Editor of Brill|Rodopi’s Neo-Victorian Series. Additionally, she is currently co-editing a 2021 special issue on ‘Neo-Victorian Heterotopias’ for the open-access journal Humanities. She also specialises in the inter-disciplinary fields of trauma literature and theory, gender studies and sexuality, cultural memory (especially of conflict and violence), the Gothic, biofiction, and literary geographies. Mel is a member of Swansea University’s Gender in Culture and Society (GENCAS) and Conflict, Reconstruction & Memory (CRAM) Research Groups, and an Associate Member of the Spanish ORION Project: Orientation: Towards a Dynamic Understanding of Contemporary Fiction and Culture (1990s-2000s), led by Prof Rosario Arias of the University of Malaga. Mel particularly welcomes PhD proposals on neo-Victorian topics but is also happy to supervise theses on other subjects related to her areas of expertise.

Mel’s research interests are closely aligned with her teaching, which encompasses a module on Place, Memory and Identity in Film and Literature on the Foundation Year, the first year Monsters, Theories, Transformations course, and, for final year students, the optional Reading/Writing Trauma seminar, which covers diverse works from Holocaust literature to Palestinian writing and postcolonial texts. At MA level, she offers the popular Neo-Victorian Mutinies seminar, which explores literary and filmic confrontations with the darker aspects of nineteenth-century Western imperialism, the period’s racial and gender politics both at home and abroad, and their present-day legacies. Mel also convenes the Writing for Academic Publication Workshop for research postgraduates in the Arts and Humanities, which assists students in getting an article published alongside their thesis research.

2014.   “Neo-Victorianism’s Death Wish: Musings on the Lure of Victorian Deathliness”, Guest Lecture presented at ‘What death can join together’: Neo-Victorian Mortalities in the 21st Century research seminar for the Death – Centre for Modern Studies research group, York University, UK, 26 November 2014.

2014.   “Neo-Victorian Doings and Undoings: The Nineteenth Century Remediated”, Joint Guest Lecture (with Christian Gutleben) presented to the Arts, Media, and Culture Research Group and the Centre for Gender and Diversity, Maastricht University, The Netherlands, 13 March 2014.

2011.   Guest participant at the forum ‘McJobs und die Zukunft der Geisteswissenschaften’ [‘McJobs and the Future of Arts and Humanities’], at the Anglistentag 2011 in Freiburg, Germany, 19-21 September 2011.

2010.   “Neo-Victorian Points of Departure and Destination (and Some Stopping Off Points In-Between)”, Guest Lecture presented at the Facultad Filosofía y Letras, University of Málaga, Spain (accompanied by neo-Victorian workshop for MA students), 20 May 2010.

2010.   “Mining the Neo-Victorian Vein: Prospecting for Gold, Buried Treasure, and Uncertain Metal”, Keynote Lecture presented at the Fashioning the Neo-Victorian: Iterations of the Nineteenth Century in Contemporary Literature and Culture conference at the University of Erlangen-Nuremberg, Germany, 8-10 April 2010.

2009.   “Neo-Victorianism as Postmodern Phenomenon: Re-Imagined Historical Violence, Narrative Traumatology and the Ethics of Cultural Memory”, Virtual Lecture presented at the Virtual Lectures from Across the Globe series for the Humanities Centre, Wayne State University, USA, 16 February 2009.

2019. “Traumatophilia in Neo-Victorian Fiction: The Lure of Historical Suffering”, Keynote Lecture presented at AICED-21, the 21st Annual International Conference of the English Department for the Literature and Cultural Studies section on Trauma, Narrative, Responsibility, University of Bucharest, Romania, 6-8 June 2019.

2019 “Orientating the Reader in Neo-Victorian Biofiction”, Keynote Lecture presented at the (Neo-)Victorian ‘Orientations’ in the Twenty-first Century conference, University of Málaga, Spain, 15-17 May 2019.

2018. “Neo-Victorianism’s Janus-Faced Orientations: To the Nineteenth Century and Beyond (All the Way Back to the Medieval)”, Keynote Lecture presented at the ISSM Boundary Crossings: the 2018 International Conference on Medievalism, Brock University, Ontario, Canada, 12-13 October 2018.

2015.   “Hair and Teeth, Skin and Bones: Reflections on Bodily Traces of Humanity”, presented at the Material Traces of the Past in Contemporary Literature conference, Universidad de Málaga, Malaga, Spain, 6-8 May 2015.

2012.   “The Gothic Puppetry of Lust and War: The Neo‐Victorian Underworlds of Kathe Koja’s Under the Poppy”, presented at the International Gothic Association Conference, Heidelberg, Germany 2-5 August 2012.

2011.   “The Trace of the Body in Poetry, Fiction, and Visual Art on the Holocaust”, presented at the Beyond Trauma: Narratives of (Im)Possibility in Contemporary Literatures in English conference at University of Zaragoza, Spain, 31 March - 2 April 2011.