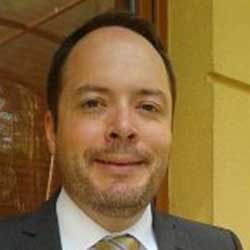 I explore the nature of everyday life – social, legal and economic– for ordinary persons in the Middle Ages. In addition to traditional legal and economic history regarding English common Law and medieval commerce, I am especially interested in the experiences of historically disadvantaged groups. For example, my research has considered the influence of the legal custom of coverture (a husband’s control of his wife’s assets) on medieval women’s lives. I also study colonization and ethnic (‘racial’) discrimination in the Middle Ages, with particular expertise on the English colonization of medieval Wales.  Most recently, I am engaged in a comparative analysis of the medieval Anglo-Norman/English colonization of Wales and Ireland, and the Germanic colonization of Prussia (modern north Poland) and Livonia (modern Latvia and Estonia).

‘Harmonia’ network, National Science Centre, Poland [Naradowe Centrum Nauki], ‘Social and political order of the communal towns in the European peripheries from the 12th to 16thC.’ (2017–20).