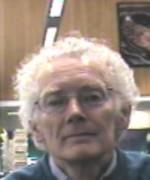 I teach a range of undergraduate modules in two main areas: Latin American Culture and Translation (Spanish-English). I also teach the Advanced Translation module (Spanish-English) that forms part of our MA in Professional Translation. Many of our students have found interesting work even before graduating: a few years ago students contributed to the translation of Los Cisnes, a book about the Spanish football players in the Swansea City team. I also teach research skills to Arts and Humanities students focusing, in particular, on first publications.

I currently supervise six doctoral students on topics ranging from Caribbean women’s writing and the representation of women in the works of the Peruvian writer, Mario Vargas Llosa to the English translations of Don Quixote and the cultural challenges of English-Arabic translation. I welcome enquiries about PhD supervision relating in particular to the contemporary Latin American novel (and to related movements and currents of writing, such as the Neo-Baroque, New Historicism and Feminism) and to Translation (theory and practice).

I am editor of the literary journal, Romance Studies (founded in Swansea in 1982), which has published important special issues, particularly on French and Hispanic cultures. Romance Studies International Colloquia are held at regular intervals in both the United Kingdom and the United States and selected papers are subsequently published in the journal. One of our missions is to encourage young scholars and we pride ourselves on having given many the opportunity to publish their work.

I have published widely in Latin American culture, particularly in the context of Argentina and Colombia. I have also edited works on Latin American Women’s Writing and on Catalan Culture. I am currently engaged with colleagues from other UK and US universities on a project investigating the contribution of the Argentine writer, Jorge Luis Borges, to the theory of translation:
‘“Pierre Menard, Author of the Quixote”: Creative Lives, Critical Readings’.

My most recent publications are:
Madness and Irrationality in Spanish and Latin American Literature and Culture (Cardiff: University of Wales Press, 2020).
‘Time, Digression and the Other (Side) in Juan José Saer’s La grande’, Modern Language Review, 115.4 (October 2020), 827-46.

CEPSAM (Centre for the Comparative Study of Portugal, Spain and the Americas)

Until 2021, I was Director of the research group CEPSAM (Centre for the Comparative Study of Portugal, Spain and the Americas) which holds regular research seminars (many of them led by our postgraduate students) and organizes conferences. One of the group’s main themes is environmental issues and digital ecology: we have forged links with colleagues working in other parts of the campus, such as Engineering and Geography, and with Swansea Council and the Swansea Environment Forum as it seeks to promote an interdisciplinary agenda. CEPSAM serves as a hub for Hispanists working across Wales, many of whom are affiliated members. The group has close contacts with the Swansea-based Iberian and Latin American Association in Wales (ILA) which has organized workshops on a variety of topics such as cartoneras (the production of book covers), Creative Writing in Spanish and English and Creative Artwork. ILA is currently engaged in ‘The Iberian and Latin American Heritage Project: Pathway to Wales – the Iberian and Latin American Experience’.  It has also worked on other areas such as the ‘Tackling Digital Poverty’ project.