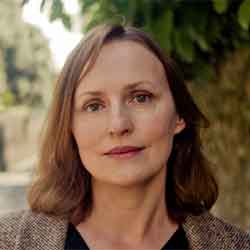 Francesca Rhydderch is a novelist and short story writer. Her début novel The Rice Paper Diaries was longlisted for the Authors’ Club Best First Novel Award and won the Wales Book of the Year Fiction Prize. She has also been shortlisted for the BBC National Short Story Award for her short fiction ‘The Taxidermist’s Daughter’, which was broadcast on Radio 4. Recently published stories include ‘The Opposite of Drowning’ (Comma Press, 2017), ‘Then We Both Fell’ (The Lonely Crowd, 2019) and ‘Runaway’ (Planet: The Welsh Internationalist, 2019).

Francesca also has a strong editorial and critical interest in Welsh writing in both Welsh and English. She was associate editor of Planet magazine from 1998-1999, commissioning editor for Gomer Books from 2000-2002 and editor of literary magazine New Welsh Review from 2002-2008. She has also edited, co-edited and contributed to publications including New Welsh Short Stories (Seren, with Penny Thomas, 2015) and Dat’s Love by Leonora Brito (Parthian, Library of Wales, 2017, introduction) and has written for the Times Literary Supplement.