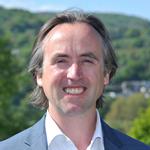 Professor Daniel Gwydion Williams is a cultural critic and one of Wales’ leading public intellectuals. His research interests range from the 19th century to the present day and encompass Welsh language and English language literatures on both sides of the Atlantic. These interests are linked by a concern with questions of nationalism, ethnicity and identity.

Professor Williams is a Fellow of the Learned Society of Wales and an Elected Fellow of the Welsh Academy. He is Director of the Richard Burton Centre for the Study of Wales and has served as President of NAASWCH (The North American Association for the Study of Welsh Culture and History). He spent 2012 in Cambridge, Massachusetts as a Research Fellow at Harvard University’s Department of Celtic Languages and Literatures, funded by the Leverhulme Trust. Since 2016 he has been Chair of the Grants Awarding Panel of the Welsh Books Council.

Daniel Williams was born in Aberystwyth in 1972 and educated at Ysgol Gymraeg Aberystwyth and Ysgol Gyfun Penweddig. As an undergraduate, he studied American and English Literature at the University of East Anglia (Norwich), spending his third year at Clark University, Worcester, Massachusetts. He was awarded a Frank Knox Fellowship in 1995 to study at Harvard University, graduating with an MA in Celtic Languages and Literatures in 1997. He studied for his PhD in English Literature (2001) at Cambridge University where his time at King’s College was funded by the then AHRB (Arts and Humanities Research Board). Daniel began teaching at Swansea University in January 2000. He was Assistant Director of CREW (Centre for Research into the English Literature and Language of Wales) from 2001 – 2007 and followed Professor M. Wynn Thomas as Director from 2007 – 2010.

Beyond academia, Daniel is particularly interested in music and politics. He is a semi-professional jazz saxophonist and founder-member of the jazz-folk sextet ‘Burum’ who have released three albums - Alawon (2007), Caniadau (2012), Llef (2016). He lives in the Neath constituency where he stood as the Plaid Cymru/Party of Wales candidate in the Westminster elections of 2017 and 2019. 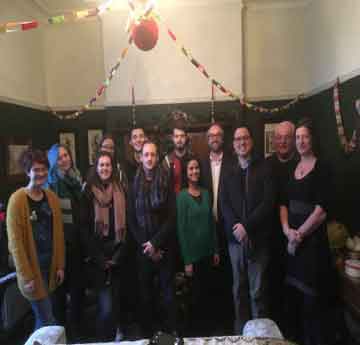 Professor Williams teaches across most periods, with a particular focus at undergraduate level on African American, Irish and Welsh literatures. He aims to foster comparative approaches to literary traditions in his teaching.

Daniel Williams co-ordinates courses on the MA in Welsh Writing in English.

He has supervised eight PhDs to completion, ranging from the Welsh poet Harri Webb to the African American novelist Ishmael Reed, from European Marxism to postcolonialism. He would be interested in supervising theses in these broad areas: 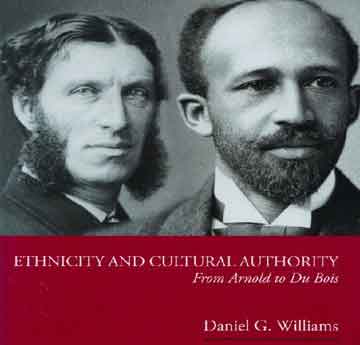 Professor Daniel G. Williams has written three books. Ethnicity and Cultural Authority: from Arnold to DuBois (2006) was a ‘book of the year’ in the Times Literary Supplement. Black Skin, Blue Books: African Americans and Wales 1845 – 1945 (2012) was followed by Wales Unchained: Literature and Politics in the American Century (2015) which was shortlisted for the Wales Book of the Year Award. His is currently completing the final volume of the Oxford Literary History of Wales entitled Welsh Writing in English, 1914 to the Present: Deaths and Entrances. Co-written with Damian Walford Davies, it is due to be published in 2022.

Professor Williams has also edited several books, most notably a collection of Raymond Williams’s writings Who Speaks for Wales: Nation, Culture, Identity (University of Wales Press, 2003). The international conference that he arranged in 2007 entitled ‘Transatlantic Exchange: African Americans and the Celtic Nations’ resulted in a special issue of the journal Comparative American Studies (June 2010) and an edited collection of essays in Welsh, Canu Caeth: Affro-Americaniaid a’r Cymry (2010). His writings have been translated into Japanese and Portugese. 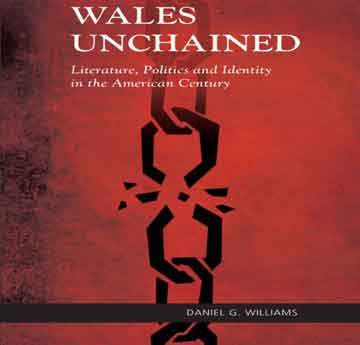 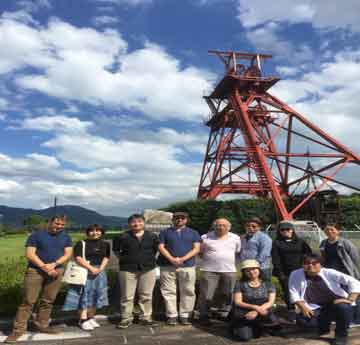 Since 2010, Professor Williams has established a research collaboration with the Raymond Williams Kenkyu-ken, resulting in a rolling programme of conferences, research visits and publications in Wales and Japan, supported by the Japanese Society for the Promotion of Science (JSPS).

Daniel Williams is an active member of the Association of Welsh Writing in English (AWWE) and the North American Association for Welsh Culture and History (NAASWCH). In 2016, he collaborated with Dr. Melinda Gray in organising the NAASWCH conference, hosted by the Department of Celtic Languages and Literatures at Harvard University, and featuring presentations by Professor Marc Shell and actor Matthew Rhys.

Professor Williams is co-editor, with Professor Kirsti Bohata, of the Centre for Research into the English Literature and Language of Wales (CREW) series ‘Writing Wales in English’ published with the University of Wales Press. He is also founder and editor of the Welsh-language series ‘Safbwyntiau’, also published by UWP.

In the Dylan Thomas Centenary Year of 2014, Daniel Williams was commissioned by Literature Wales to develop ‘Dylan Live’, a collaboration with leading poets and musicians that explored the Swansea poet’s impact on the United Sates. The show toured Wales and was featured at the major literary festivals of Dinefwr and Being Human (Wales), Fitzrovia (London) and PEN (New York). He was also Advisor for the Telesgop / Welsh Assembly educational resource project on Dylan Thomas. http://www.rockandrollpoet.co.uk

Professor Williams has arranged and contributed to sessions on Welsh culture and politics at the Hay-on-Wye Festival. He is a frequent contributor on the media in Wales and England, in Welsh and English. His media work has included discussing culture and industrialism on BBC Radio 4’s ‘Open Country’ (May 5, 2018), poet Idris Davies on Radio 4’s ‘Forgotten History’ (21 November, 2015), ‘Political and Bardic Traditions in Wales’ with Gwyneth Lewis and Iain Sinclair on BBC 3’s ‘Free Thinking’ (23 June, 2015) and in 2006 he presented a 1 hour documentary - ‘Hanes Cudd y Molly Maguires’ – exploring ethnic tensions in the coalfields of 19th century Pennsylvania (Broadcast on S4C, 28th November 2006).

Daniel Williams has lectured across Europe, the Americas, Japan and India. He has organised several conferences in Wales and the United States including ‘Transatlantic Exchange: African Americans and the Celtic Nations (2007), ‘Spaces of Comparison: Welsh Writing in Comparative Contexts’ (2009), ‘Culture and Society @ 50’ (2009), NAASWCH Annual Conference (2016). Recent lectures have been delivered at the British Studies Seminar Series at the University of Texas, Austin, a ‘Wales in India’ British Council lecture in Kolkata, India, and keynote lectures at conferences on Raymond Williams in Berlin and Sao Paulo, Brazil.