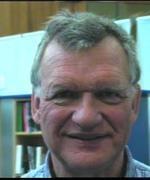 Playwright D.J.Britton is Head of English and Creative Writing and Professor of Dramaturgy at Swansea University. He moved to Wales from Australia, where his stage plays won major awards including Plainsong (Equity Production of the Year) and Cargo (Swan Gold Award). His latest theatre work Kamil and Francis (Richard Burton Theatre Cardiff; 2019) was acclaimed by Theatre Wales as "dynamic and absorbing. Every truth runs parallel with the political ethnic and religious divisions that beset us today...(To) have served up these ’delights’ so deliciously tells us that there still may be some hope left."

His current project is a five-part BBC drama about the composer William Byrd, starring David Suchet (due to go to air in Spring 2021).

D.J.Britton’s writing has been widely acclaimed. His version of Shakespeare’s Measure for Measure (Sherman Cymru) gained a four star review in The Guardian and other successful recent stage works include the bi-lingual Windsongs of the Blessed Bay; The Wizard the Goat and the Man Who Won the War; Pembroke Arcadia; Old Peter’s Russian Tales, and Silverglass.

A deeply experienced teacher and mentor, Professor Britton specialises in helping emerging writers to find and develop their own unique voice. As well as university teaching at all levels from Year One BA to his PhD group, he has run workshops throughout the world, from the Welsh National Writers’ Centre at Ty Newydd Wales, to the Singapore’s Writers’ Laboratory. He teaches and mentors writing skills across all genres, this has included collaborations with people of many backgrounds. For example, he has worked in the Pacific Islands of Kiribati with the Micronesian theatre group Te Itibwerere, developing new works relevant to Island culture, and with the renowned Black Swan Theatre in Australia.

Professor Britton has taught in universities in Singapore, China and Australia and currently supervises PhD students in the US and Asia, as well as UK-based researchers. 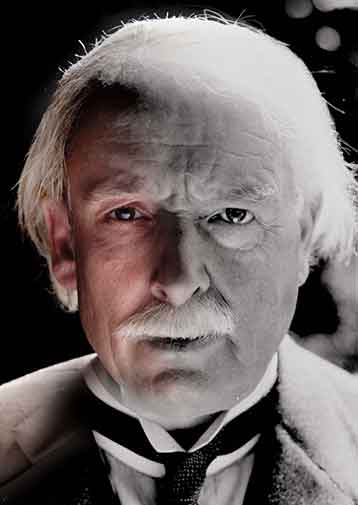 D.J.Britton’s research feeds into his extensve writing and directing for theatre and the broadcast media. This has led to an array of acclaimed research-based productions. Gillian Reynolds of the Daily Telegraph described his Southland as: ‘A shining hour of drama…a compelling study in character, situation and violent emotion’, while his sound-art adventure Chelsea Dreaming (a collaboration with jazz musician Paula Gardiner commissioned by the BBC on the anniversary of the death of Dylan Thomas) has transferred to stage and is a commercially-successful BBC CD/download). The Guardian described it as ‘brilliant’.

Among his personal research and performance interests is the drama of Eastern Europe. His dramatisation of Arthur Ransome’s children’s classic Old Peter’s Russian Tales was commissioned by the BBC as a Christmas Special and has become a successful stage show. His adaptation of Bulgakov’s The White Guard was performed at the Bulgakov Festival in Kiev, and his dramatisation of Sholokhov’s And Quiet Flows the Don was broadcast by the BBC to critical acclaim. His youth theatre work The Matthew Files opened the Skena Up Festival in Kosovo.

The historical, performance and audience development work underpinning his play about Lloyd George The Wizard the Goat and the Man Who Won the War, was part of the Swansea Department of English top-ranking Research Impact submission in the 2014 REF. (Ranked first equal in the UK).

David Britton began his working life as a journalist, winning the Australian journalists’ union’s Clarion Award for his services to the media industry. A period spent in the US and Australia with the director Peter Brook led to him contributing a chapter to the Routledge study Peter Brook and the Mahabarata.

Professor Britton’s work is, by it’s nature collaborative. He has worked with theatre makers, composers and broadcasters throughout the world, and is currently collaborating with Colm Carey, the Director of Music for the Chapels Royal, London, on a dramatic study of composer William Byrd.

2018: Old Peter’s Russian Tales (Theatr Cadair for the Being Human Festival). Children’s show, produced with the support of the Arthur Ransome Trust, (Writer and co-director with Gilly Adams).

2015; When Greed Becomes Hunger (BBC Radio 4) Completion of a acclaimed specially-commissioned series of issue-based dramas, offering speedy responses to global crises. These began with When Greed Becomes Fear, the first dramatic response to the financial crash, starring Penny Downie and Hattie Moahan, then Safe as Houses

(the housing crisis, with Rory Kinnear) Welcome to the Wasteland (environmental collapse, with Lesley Sharp) then When Greed Becomes Hunger (world food shortage, with Matthew Gravelle).

2011: The Wizard the Goat and the Man Who Won the War (Theatr Cadair) Richard Elfyn as Lloyd George in a production which has been in continual production ever since.