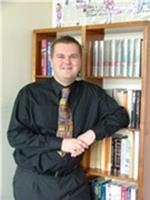 Dr David Anderson is a Senior Lecturer in American Studies in the Department of Political and Cultural Studies. David read American Studies and History MA (Hons) at the University of Dundee, where he also completed his AHRB-funded PhD in History. In 2015, David gained professional recognition of his teaching practice as a Fellow of the Higher Education Academy.

David’s primary research interests focus on the socio-political history and culture of the American South, especially the Civil War and its aftermath. He is completing a monograph on the Lost Cause and American Civil War memory and has published a number of book chapters and articles in a wide range of academic journals, including the Journal of Southern History and Civil War History. He has published on homesickness during the Civil War, Confederate defeat, post-war biography and autobiography, and southern Christmas and culinary memories. David’s most recent research examines the connection between nostalgia and memories of childhood.

David has presented conference papers across the UK and US and has contributed to BBC History Magazine, History Today, The Conversation, and BBC Radio Wales. His work has also been featured by news organisations in the UK and overseas. In 2017, David was an Eccles Centre Visiting Fellow at the British Library and in 2019 he was awarded the inaugural Scholarship for the Study of Historical and Contemporary Slavery at Gladstone’s Library.

At undergraduate level, David teaches research-led honours modules on the American Civil War and historical memory and the post-Civil War history, literature, and culture of the American South. In addition, he has taught modules on early American history, the Gilded Age and the Progressive Era, and America during the 1960s.

At postgraduate level, David offers teaching on the history of Confederate memory and memorialisation, which draws upon Swansea University's Milne Collection, an extensive library of primary and secondary material pertaining to the American Civil War. David has also contributed to modules on American military strategy and policy in Revolutionary War, Civil War, and World War. He has supervised and examined a number of postgraduate dissertations and theses on topics including smuggling in American history, the historian Elizabeth Fox-Genovese, and the American Wilderness.

David is currently completing a monograph on the Lost Cause and American Civil War memory. His research on nostalgia, and its initial meaning of homesickness, has been published in the Journal of Southern History and Civil War History, as well as several edited collections, including a recent chapter focusing on the film version of Gone with the Wind. David has also published his research in The Conversation UK, where he examines the connections between nostalgia and memories of childhood across a number of articles.

Carnegie Trust for the Universities of Scotland 2007

Carnegie Trust for the Universities of Scotland 2006