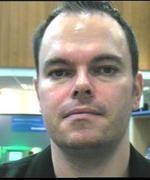 I am a historian of post-1945 Western Europe (especially Britain and West Germany) and the United States. My interests lie in historical peace and conflict research; film, television and history; the cultural and social history of the Cold War; as well as in British-German relations. In my research, I commonly use transnational and comparative approaches that go beyond national boundaries.

My first book, Elemental Germans: Klaus Fuchs, Rudolf Peierls and the Making of British Nuclear Culture, 1939-59 (Palgrave Macmillan, 2012) explored the reciprocal influence of science on society, culture and politics in Britain in the Second World War and the early Cold War. I recently completed a project on transnational medical professional activism, funded by the Wellcome Trust, and am presently finishing my second book (Playing with Uncertainty: Britain and the Nuclear Threat in the Second Cold War, 1979-85; under contract with Oxford University Press). This examines the ways in which different actors – the state, political and social activists, scientific experts and popular media – dealt with the uncertainty over the anticipated effects of nuclear war at a time of heightened superpower tensions.

I am currently also working on two further projects:

I am also beginning a new long-term research project on the militarization of European societies post 1945 that forms part of an international research network.

In addition, I maintain my research interest in film, television and history.

I have been interviewed about my work for the BBC Magazine, the BBC One Show, the Portuguese national newspaper Público and Austrian national radio (ORF). On several occasions, including the 2015 and 2017 British general elections, various Brexit-related assessments, the 2016 EU referendum and the Welsh football team in the Euro 2016, I have been interviewed by the German news agency Regiocast which produces news for a number of radio stations across Germany, including Radio Schleswig-Holstein. On average, their news casts reach about 2.2 million listeners through the various stations.

Recently, I co-published (with Dr Susan T. Jackson) an opinion article on the Coronavirus pandemic: ‘Soldiering a pandemic: the threat of militarized rhetoric in addressing Covid-19’, History and Policy, 24 April 2020, available here.