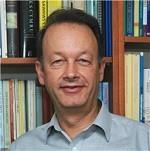 The interdisciplinary interface between Applied Linguistics and the Welsh Language continues to be the prime focus of his work. In 2017 with Tess Fitzpatrick, he established  and now convenes the ALAW (Applied Linguistics and Welsh) network .  He is a Fellow of the Higher Education Academy and has served as an external examiner, consultant and moderator for a number of national, UK and European institutions.