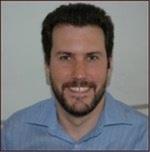 I read Natural Sciences at Cambridge University as an undergraduate, studying physics, chemistry, biochemistry and pharmacology, before deciding that I preferred libraries and museums to laboratories. After studying for an MPhil in History and Philosophy of Science, I embarked on a PhD in the history of early modern astronomy. I was Jane Eliza Proctor Fellow at Princeton University, 1999-2000, and a Junior Research Fellow at Trinity College, Cambridge, 2000-2004, with an affiliation to the Cambridge University Department of History and Philosophy of Science.

I was a Visiting Fellow at CRASSH (Centre for Research in the Arts, Social Sciences, and Humanities) and Wolfson College, of the University of Cambridge, in Michaelmas Term 2007, and a Dibner Research Fellow in the History of Science & Technology at the Huntington Library in San Marino, California, during the academic year 2015-2016.

I am a Fellow of the Higher Education Academy, a member and the former Director of MEMO, Swansea's Centre for Medieval and Early Modern Research, and a member of CODAH, the Centre on Digital Arts and Humanities. I have been Head of the History Department since 1 August 2020.

My public appearances include two episodes of BBC Radio 4’s In Our Time: