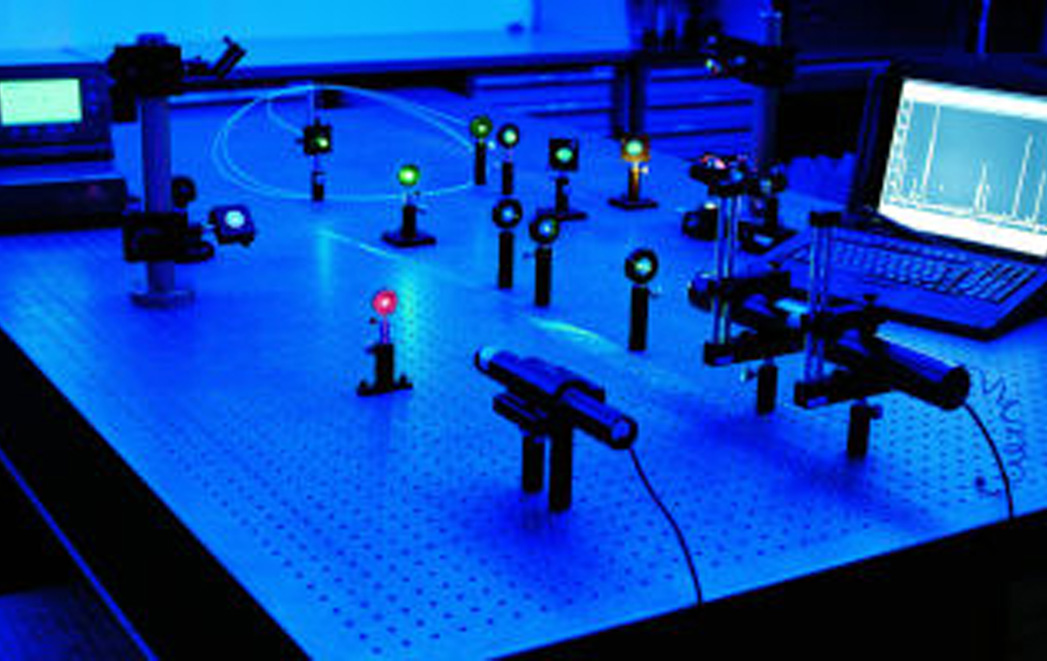 Economic impacts are realised by the Department’s Analytical Laser Spectroscopy Unit (ALSU) which, since 1993, has worked with companies developing products eventually sold to customers in the nuclear power industry and military, both in the UK and overseas, and in the global aerospace industry. Computational particle physics work performed by the PPT group has spun-off a computer benchmarking tool, BSMBench, used by several leading software outfits, and has led to the establishment of a start-up company.

ALSU, headed by Professor Helmut Telle, has developed and applied a range of techniques.

Laser-Induced Breakdown Spectroscopy (LIBS) was developed by the ALSU as a diagnostic tool for the nuclear industry, allowing in situ, analysis of the structural integrity of the steel containers of nuclear-fuel cells, thereby contributing to the uninterrupted operation of power stations during assaying and avoiding significant reactor shutdown.

In order to provide LIBS analytic services on a larger scale, a spin-off company, Applied Photonics Ltd (http://www.appliedphotonics.co.uk), was established in 1998 by Dr A.I. Whitehouse, a former PhD student at ALSU. The company has since operated in collaboration with Helmut and his team on a number of occasions. Applied Photonics is now a major provider of LIBS services and manufacturer of LIBS equipment.

Analysis of nuclear and chemical explosive material – RIMS and TDLA

The ALSU has collaborated with the Atomic Weapons Establishment (AWE) for a number of years. Early work using Resonance Ionisation Mass Spectrometry (RIMS) allowed determination of the isotopic abundances in uranium samples by performing experiments on lead, the final products in the decay chain. The AWE also enlisted ALSU’s photonics expertise in developing Tuneable Diode Laser Absorption Spectroscopy (TDLAS) to analyse the composition of its chemical explosives. Recognising the efficacy of these techniques, in 2003 AWE founded a laboratory in its Materials Science Research Division to utilise this technology, now headed by another former ALSU PhD student, Dr B. Griffiths.

Safety requirements in the aerospace industry mean that cable insulation cannot be labelled with standard ink techniques. The South Wales company, Spectrum Technologies, pioneered the development of laser wire marking to circumvent this problem. Building on a long-standing relationship with the ALSU, Spectrum Technologies has become a world leader in this market.