To ensure our Centre is inspiring, successful, challenged and of international relevance, we have set up an Advisory Board with academic members who are experienced in innovative training and who are setting the global computational science agendas. 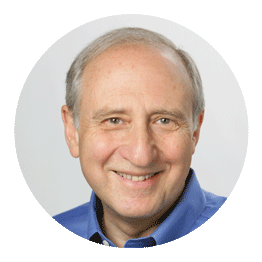 Born in New York, Shneiderman, attended the Bronx High School of Science, and received a BS in Mathematics and Physics from the City College of New York in 1968. He then went on to study at the State University of New York at Stony Brook, where he received an MS in Computer Science in 1972 and graduated with a PhD in 1973. Shneiderman started his academic career at the State University of New York at Farmingdale in 1968 as instructor at the Department of Data Processing. In the last year before his graduation he was instructor at the Department of Computer Science of Stony Brook University (then called State University of New York at Stony Brook). In 1973 he was appointed Assistant Professor at the Indiana University, Department of Computer Science. In 1976 he moved to the University of Maryland. He started out as Assistant Professor in its Department of Information Systems Management, and became Associate Professor in 1979. In 1983 he moved to its Department of Computer Science as Associate Professor, and was promoted to full professor in 1989. In 1983 he was the Founding Director of its Human-Computer Interaction Lab, which he directed until 2000. Shneiderman was inducted as a Fellow of the Association for Computing Machinery in 1997, a Fellow of the American Association for the Advancement of Science in 2001, a Member of the National Academy of Engineering in 2010, an IEEE Fellow in 2012 and a Fellow of the National Academy of Inventors in 2015. He is an ACM CHI Academy Member and received their Lifetime Achievement Award in 2001. He received the IEEE Visualization Career Award in 2012 and was inducted into the IEEE VIS Academy in 2019. 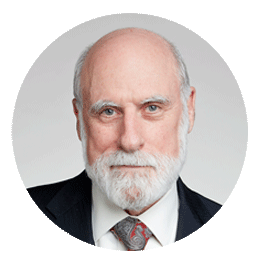 At Google, Vint Cerf contributes to global policy development and continued spread of the Internet. Widely known as one of the "Fathers of the Internet," Cerf is the co-designer of the TCP/IP protocols and the architecture of the Internet. He has served in executive positions at the Internet Society, the Internet Corporation for Assigned Names and Numbers, the American Registry for Internet Numbers, MCI, the Corporation for National Research Initiatives and the Defence Advanced Research Projects Agency and on the faculty of Stanford University. Vint Cerf sits on US National Science Board and is a Visiting Scientist at the Jet Propulsion Laboratory.

Engineering. Cerf is a recipient of numerous awards and commendations in connection with his work on the Internet, including the US Presidential Medal of Freedom, US National Medal of Technology, the Queen Elizabeth Prize for Engineering, the Prince of Asturias Award, the Japan Prize, the Charles Stark Draper award, the ACM Turing Award, the Legion d’Honneur and 25 honorary degrees. 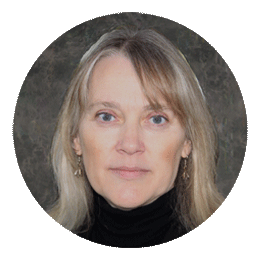 Vicki Hanson FACM FRSE FBCS, is an American computer scientist noted for her research on human-computer interaction and accessibility and for her leadership in broadening participation in computing. She was named the Chief Executive Officer of the Association for Computing Machinery (ACM) in 2018 having served as its President from 2016 to 2018. Dr Hanson was a Distinguished Professor at the Rochester Institute of Technology within the HCI and Accessibility research groups. She was also Professor and Chair of Inclusive Technologies at the University of Dundee where she led multiple efforts related to inclusion of older adults and individuals with disabilities.

From 1986 to 2009 she was a Research Staff Member and Manager at IBM’s T. J. Watson Research Center in New York, founding the Accessibility Research Group in 2000. She is Past Chair of SIGACCESS and was Co-Founder and Editor-in-Chief of ACM Transactions on Accessible Computing. She has served on Fellows Committees for ACM and the Royal Society of Edinburgh and has been active in conference organising and program committees for ASSETS, CHI, and several other ACM conferences. She was elected as ACM President for a two-year term in 2016. Hanson was named an ACM Fellow in 2004, a Fellow Chartered Information Technology Professional of the British Computer Society in 2008, a recipient of the Royal Society Wolfson Research Merit Award in 2009, and a Fellow of the Royal Society of Edinburgh in 2013. She received the ACM SIGCHI Social Impact Award in 2008, the Women of Vision ABIE Award for Social Impact in 2013, and the ACM SIGACCESS Award for Outstanding Contributions to Computing and Accessibility in 2014. Hanson was awarded an Honorary Doctorate from Newcastle University in 2017 as part of the 60th anniversary of computing at the University. She was elected to the ACM SIGCHI Academy in 2017 and the National Academy of Engineering in 2020. 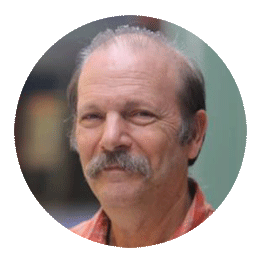 Moshe Vardi is an Israeli mathematician and computer scientist. He is a Professor of Computer Science at Rice University, United States. He is University Professor, the Karen Ostrum George Professor in Computational Engineering, Distinguished Service Professor, and Director of the Ken Kennedy Institute for Information Technology. His interests focus on applications of logic to computer science, including database theory, finite-model theory, knowledge in multi-agent systems, computer-aided verification and reasoning, and teaching logic across the curriculum. He is an expert in model checking, constraint satisfaction and database theory, common knowledge (logic), and theoretical computer science.

Moshe Vardi is the author of over 600 technical papers as well as the editor of several collections. He has authored the books Reasoning About Knowledge with Ronald Fagin, Joseph Halpern, and Yoram Moses, and Finite Model Theory and Its Applications with Erich Grädel, Phokion G. Kolaitis, Leonid Libkin, Maarten Marx, Joel Spencer, Yde Venema, and Scott Weinstein. He is Senior Editor of Communications of the ACM, after serving as its Editor-in-Chief for a decade. He chaired the Computer Science Department at Rice University from January 1994 until June 2002. Prior to joining Rice in 1993, he was at the IBM Almaden Research Center, where he managed the Mathematics and Related Computer Science Department. Dr Vardi received his PhD from the Hebrew University of Jerusalem in 1981. 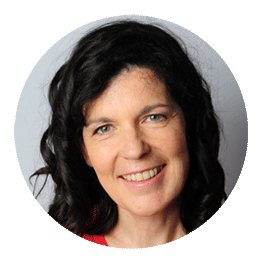 Elisabeth André is a full professor of Computer Science and Founding Chair of Human-Centered Multimedia at Augsburg University in Germany. She has a long track record in multimodal human-machine interaction, embodied conversational agents, social robotics, affective computing, and social signal processing. Drawing on the concept of computer-based role play with virtual characters, she has promoted a novel form of experience-based learning, for example, to help children and young people cope with bullying at school, develop intercultural sensitivity or master socially challenging situations, such as job interviews.

In 2010, Elisabeth André was elected a member of the prestigious Academy of Europe, the German Academy of Sciences Leopoldina, and AcademiaNet. To honour her achievements in bringing Artificial Intelligence techniques to HCI, she was awarded a EurAI fellowship (European Coordinating Committee for Artificial Intelligence) in 2013. Most recently, she was elected to the CHI Academy, an honorary group of leaders in the field of human-computer interaction. 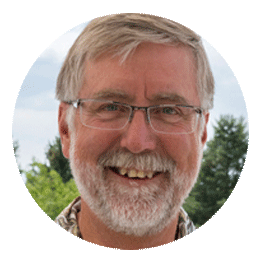 Charles (Chuck) Hansen is an IEEE Fellow and a Distinguished Professor of Computing in the School of Computing and a founding member of the Scientific Computing and Imaging Institute at the University of Utah.

He was a visiting professor at the University Joseph Fourier in 2011-2012, a SimTech Fellow at the University of Stuttgart in 2012, and a visiting scientist at INRIA-Rhone in the GRAVIR group in 2004-2005. From 1989 to 1997, he was a Technical Staff Member in the Advanced Computing Laboratory (ACL) located at Los Alamos National Laboratory, where he formed and directed the visualization efforts in the ACL. He was a Bourse de Chateaubriand PostDoc Fellow at INRIA, Rocquencourt France, in 1987 and 1988.

Chuck Hansen has published over 170 peer reviewed journal and conference papers and has been a co-author on three papers recognized with “Best Paper Awards” at the IEEE Visualization Conference (1998, 2001, 2002). He was co-author on the Best Paper at IEEE Pacific Visualization 2010. He was awarded the IEEE Technical Committee on Visualization and Graphics "Technical Achievement Award" in 2005 in recognition of seminal work on tools for understanding large-scale scientific data sets. In 2017, he was awarded the IEEE

Technical Committee on Visualization and Graphics "Career Award" in recognition for his contributions to large scale data visualization, including advances in parallel and volume rendering, novel interaction techniques, and techniques for exploiting hardware; for his leadership in the community as an educator, program chair, and editor; and for providing vision for the development and support of the field.

He was twice an Associate Editor in Chief (AEIC) of IEEE Transactions on Visualization and Computer Graphics (TVCG) and was on the editorial board of Elsevier Computers and Graphics Journals. His research has made contributions to the fields of scientific visualization, computer graphics, parallel computation and computer vision. 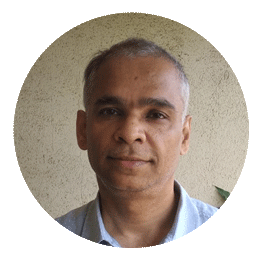 Anirudha Joshi is professor in the interaction design stream in the IDC School of Design, IIT Bombay, India. Anirudha is involved in designing interactive products for emergent users in developing economies. He has worked in diverse domains including healthcare, literacy, Indian language text input, banking, education, and industrial equipment. He has been the co-general chair of several conferences including INTERACT 2017, and India HCI 2004, 2010, 2013 and 2016. Since 2007, Anirudha has represented India on IFIP TC13. Since 2013, he is the director of HCI Professionals Association of India. He got the IFIP Outstanding Service award in 2015 and the IFIP TC13 Pioneer Award in 2019. He has worked on the ACM SIGCHI Asian Development Committee. He is currently the VP Finance on the ACM SIGCHI Executive Committee, a member of the India HCI Steering Committee, and the chair of the INTERACT Steering Committee.

He is on review committees of leading HCI conferences and was the co-chair of the programme committee of the first India HCI conference held in December, 2004 in Bangalore. Anirudha represents India on IFIP TC13. Before joining IIT Bombay, Anirudha worked in the field of interaction design for software, multimedia and the Internet. Anirudha has a BTech in Electrical Engineering from IIT Bombay, and an MDes in Visual Communication also from IIT Bombay. 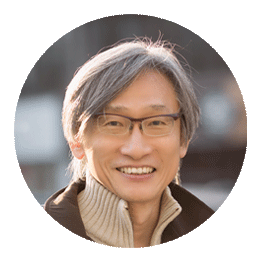 Jinwoo Kim received his BS degree in computer science and statistics from Seoul National University in Seoul, South Korea. After receiving his master’s degree from Courant Institute of Mathematical Sciences (New York University), he continued his study in the PhD program at the Real Time Compilation and Instruction Level Parallel Processing Lab of NYU as a research scientist. He subsequently became involved with the Center for Research in Embedded Systems and Technology (CREST) at the Georgia Institute of Technology in Atlanta, Georgia where he spent another two and half years conducting research funded by the Department of Defense, Hewlett-Packard and the State of Georgia.

He received his doctoral degree from College of Computing, Georgia Tech in May 2003. Believing that computer crime and digital evidence together pose a major technological challenge for law enforcement and security agencies, Professor Kim joined the faculty of the Department of Mathematics and Computer Sciences and graduate program in Digital Forensics and Cyber Security (D4CS) in 2003. His current research interests include security and forensics in various levels of both software and hardware and their interactions.