On Thursday 7th June 2018, the Research Group held its first half-day Workshop focused on methods of data collection and analysis. At the Taliesin Mall - our fancy new study and activity space - we welcomed graduate and postgraduate students from the Department of Political and Cultural Studies and the Department of Media Studies to present and discuss their experiences in collecting and managing data for their PhD dissertations. The event was student-led and featured short presentations by PGR students on selected methods of data collection and analysis (see below). Over refreshments and light snacks, there was also time for all students to discuss their own research and questions on methods. 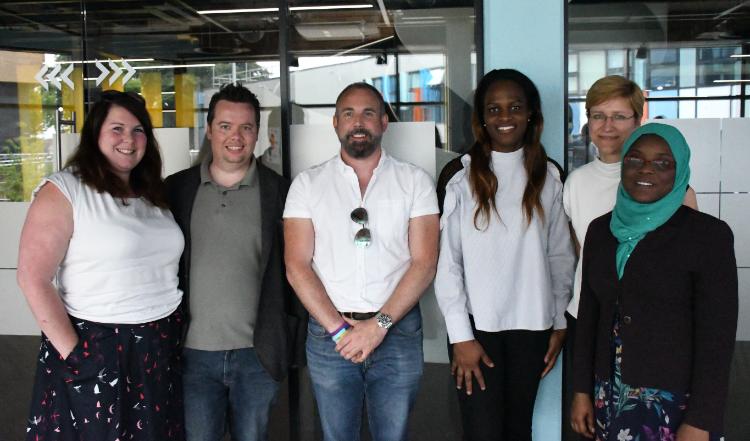 A big thank you to all the presenters for taking up the stage and share their fascinating stories of perseverance when getting interview contacts, the joys and pitfalls of working interdisciplinary, stories about drowning in data and using software to make sense of it and about how to get to ask your questions using the right coffee as a bribe. Thank you as well to all students and staff members who came along on the day asking questions and sharing their insights over tea and coffee. We were told that we could improve on the cake selection and we take that on board for the next one.

Special thanks to Jess Hammett for the photos with impressions from the day. 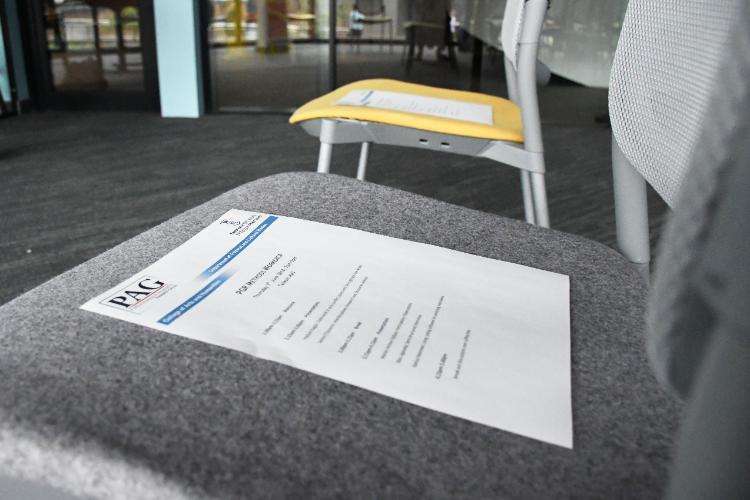 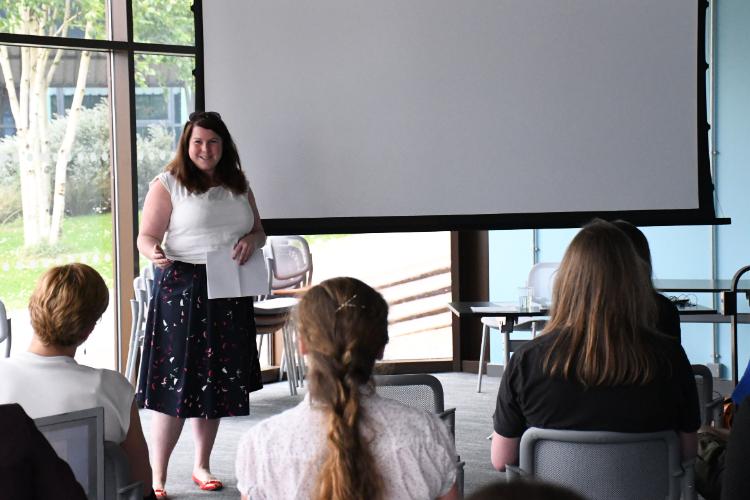 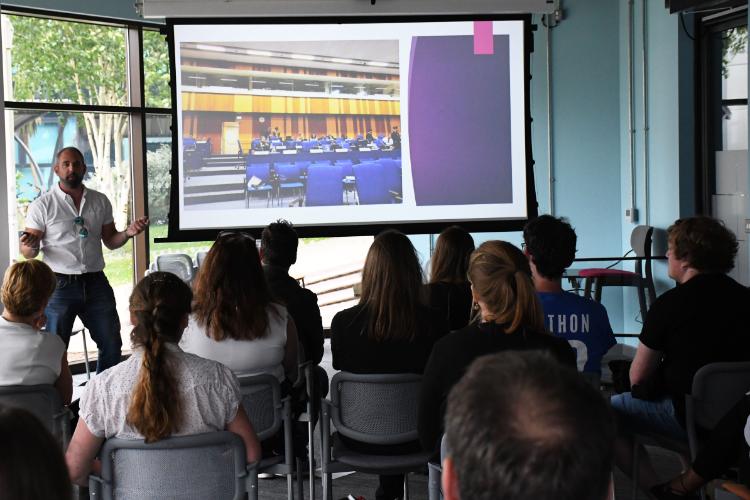 The research group welcomes Dr Alan Convery from the University of Edinburgh as part of our half-day workshop on The Politics in Devolved Institutions. With new powers being devolved to both Scotland and Wales in recent years, it is time to take stock of how Assembly Members of the National Assembly for Wales perceive legitimate governance and how party positions have changed and adapted in a post-Brexit context.

The workshop featured the following presentations

And this time, we also managed to take some pics of the event. Enjoy. 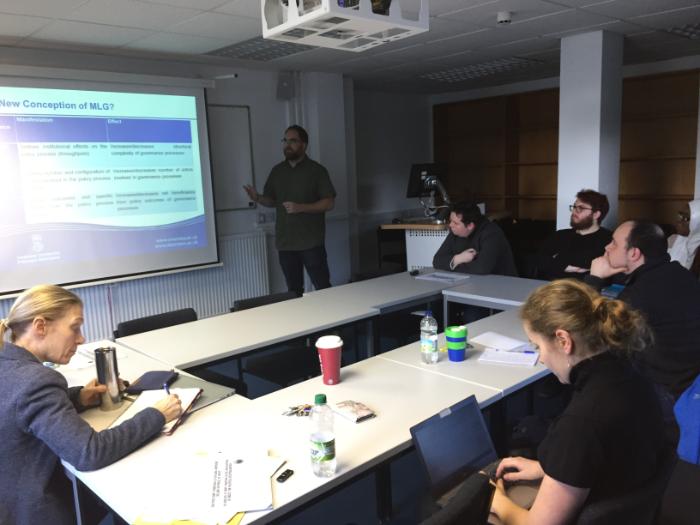 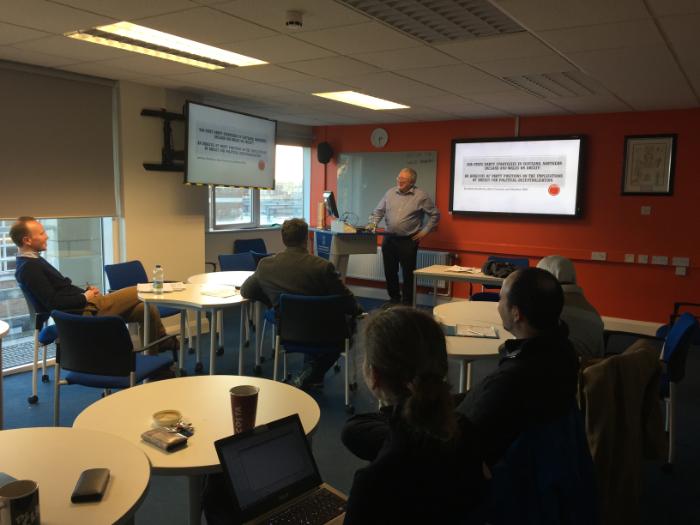 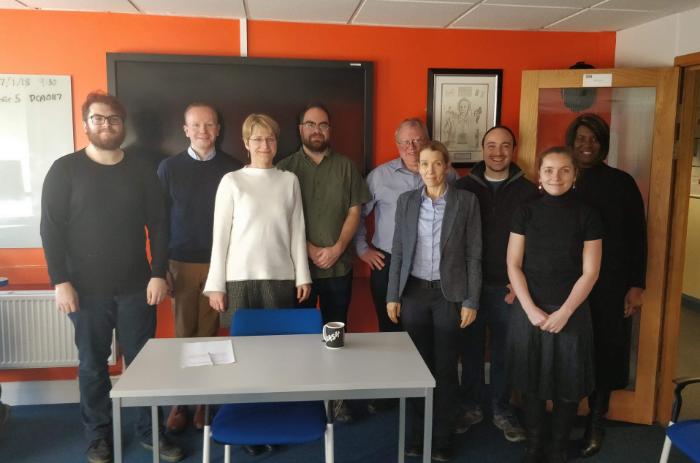 Scientific Research in Post-Brexit Britain: Challenges and Opportunities for Expertise in Policymaking 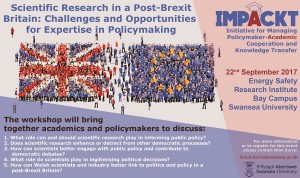 Michael Gove’s statement that Britain has ‘had enough of experts’ along with the rise of anti-science beliefs such as climate change scepticism have created new challenges for the use of academic expertise in making public policy.

The Initiative for Managing Policymaker-Academic Cooperation and Knowledge Transfer (IMPACKT) is holding a one-day event on the Bay Campus to discuss how academics and policymakers can better make use of expertise in policy-making.

Aims: The workshop addressed key questions about the role of evidence and expertise in policy-making in a changing political context, such as:

This event has been made possible with funding from the European Union's Horizon 2020 Maria Skłodowskaja Curie action (grant agreement No. 661479 (Project MLGPIL).

Focusing on theories and methods of China digital politics analysis, a workshop was hosted by Political Analysis and Governance Research Group on Singleton Campus 15 June 2017. The workshop was part of the dissemination events organised by the Swansea University-Texas A&M China Survey Research Team.

The workshop also featured a guest lecture delivered by Dr Jinghan Zeng (Deputy Director of the Centre for Politics in Africa, Asia and the Middle East, Royal Holloway) on big data and digital governance in China.

In addition to staff members, PhD students from both Swansea University and Cardiff University attended the workshop.

Welsh Governance and the Politics of Brexit

On Monday 5 June 2017, the Political Analysis and Governance research group organised the latest workshop featuring new research in Welsh Governance and the Politics of Brexit. The event took place in James Callaghan Building, Room 208, 2-5 PM with presentations from:

Matthew Wall (PCS, Swansea) & Jonathan Bradbury (PCS, Swansea), 'What's Welsh for 'Brexit'? An analysis of the positions and framing of Welsh parties on the Brexit issue'.

With voting becoming an annual occurrence in the UK, the PAG research group dedicated the afternoon of the 5th December 2016, discussing party politics and territorial politics from the perspective of Wales. Presentations included:

Siim Trumm (Nottingham) ‘Looking for trouble: where are the policy divisions in Welsh politics’

Jonathan Bradbury (PCS Swansea) ‘Political parties and territorial policy: parties, experts and the reform of devolution in Wales since 2011’