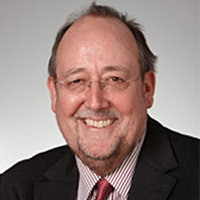 Professor Kelly is a Fellow of the Institute of Welsh Affairs, Royal Society of Biology, Royal Society of Chemistry and the Learned Society of Wales.  In 2016 he was awarded the George Schroepfer Medal from the American Oil Chemist’s Society for distinguished research on lipids (sterols).  This is the foremost honour for studies on sterols.  In 2014 he was First Distinguished Visiting Research Professor at the University of Tennessee in Memphis and in that year the European Regional Development Fund project BEACON with Aberystwyth and Bangor Universities won the 2014 RegioStars prize among the EU regional projects.

He is author of more than 300 publications and has been on the Advisory Board of several international symposia.  He held scientific conferences in Swansea University including the International Yeast Lipid Conference (2005), International Symposium on Cytochrome P450 Biodiversity and Biotechnology (2006), British Yeast Group (2016) and 30th Anniversary Conference for the EPSRC UK National Mass Spectrometry Facility (2017).

Professor Kelly is Deputy-Director of the BEACON Centre of Excellence in Biorefinery, Director of the EPSRC UK National Mass Spectrometry Facility (2016-18) and besides EU and RCUK funding (BBSRC, EPSRC, MRC, NERC) has held National Institutes of Health (USA) programme RO1 support continuously in Swansea University 2004-2022.  He continues to work with multinational industries in different sectors (pharmaceuticals, agrochemicals, biotechnology, food and drink, water) and also with BEACON helping local SMEs in West Wales and the Valleys.

Our research laboratory is investigating cytochrome P450 systems of bacteria, fungi, plants, protozoa, animals and in viruses. The P450 gene/enzyme system is extremely diverse, reflecting the central role it plays in xenobiotic metabolism and detoxification of diverse organic chemicals in the biosphere. As the enzymes also participate in important biosynthetic reactions such as sterol and steroid biosynthesis, inhibitors have been developed as commercially important drugs, including the azole antifungal agents, anti-protozoal therapies and the aromatase inhibiting breast cancer drugs. Other P450s may represent new targets while P450s are also involved in the biosynthesis of many of the natural products used in medicine today (e.g. erythromycin, vincristine, taxol).

The work of our laboratory includes studies on the molecular genetics and biochemistry of these systems. The approach is interdisciplinary in its approach and includes medical microbiology and mycology, microbial genetics and biotechnology, toxicology, biocatalysis, molecular biology, transcriptomics, proteomics, metabolomics and structural biology.

The Centre for Cytochrome P450 Biodiversity is always reviewing its interests, taking into account developments in post-genomic science. An ever-increasing number of cytochrome P450 genes (one per cent of a genome in some cases) are being uncovered by the DNA sequencing projects of diverse organisms and the genes generally have no known biological role. Identifying these functions in a systematic way using post-genomic technologies and bioinformatics is a challenge for the future. This will create new opportunities for basic and applied studies, besides the greater appreciation of the biology of this super family of unique proteins involving secondary metabolism, pharmacology, toxicology and biotechnology. New drugs, drug resistance and individualised responses to therapy and xenobiotic exposure are all covered in this area.

2014 European Union RegioStars prize for best regional project for BEACON Centre of Excellence in Biorefinery with Aberystwyth and Bangor Universities. Beacon began in 2010 with ERDF and Welsh Government support and runs to 2022. It is valued at £18.3M in the current phase 2015-22.

The laboratory has been working with Prof David Rogers in Pharmacy at the University of Tennessee in Memphis (2012-22) on azole drug resistance in Candida albicans supported by National Institutes of Health (USA). We participated as the UK laboratory in the transatlantic yeast gene deletion project where all 5800 genes were deleted in an international effort. This publication in Nature has been cited more than 4000 times (Nature. 2002, 418(6896), 387-391).  Also cited more than 500 times is our paper on the first clinical azole drug resistance in Aspergillus fumigatus with Manchester and Stanford Universities (Antimicrobial Agents and Chemotherapy. 1997, 41(6), 1364-1368).

Using Saccharomyces cerevisiae as a model we studied cytochrome P450 and azole resistance from the 1980s before a serious resistance problem in the clinic had occurred.  We showed defective sterol C5 desaturase in clinical C. albicans caused fluconazole (azole) drug resistance with cross resistance to the polyene drug amphotericin B ie multi-drug resistance.  This confirmed our initial findings from S. cerevisiae underpinning our  hypothesis on azole mode of action.

We collaborated with BASF and provided them with plant pathogen specific cytochrome P450 enzymes (CYP51s) used in the discovery of the fungicide Revysol® that is being deployed from 2019 on 40 crops in 60 countries.  With Viamet Pharmaceuticals we established their novel compound VT-1161 had a mechanism of action against Candida albicans through inhibiting sterol 14-demethylation and had unique selectivity with no detectable binding to the human equivalent enzyme (CYP51).  Planned release of this drug is 2021.