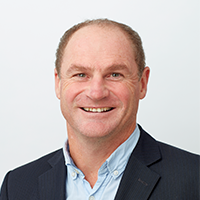 Richard Hugtenburg is an Associate Professor of Medical Physics at Swansea University and a clinical scientist, specialising in radiotherapy physics, at Singleton Hospital, Swansea Bay University Health Board.

Richard began his career in Christchurch, New Zealand, working as a medical physicist while studying for a PhD which focussed on the use of Monte Carlo in radiotherapy treatment design. He moved to the UK in 1997, continuing to practice in radiotherapy physics; first at the Queen Elizabeth Medical Centre in Birmingham, then at Singleton Hospital, Swansea. He has coordinated the MSc programme in Medical Physics at Swansea University since 2008.

Richard’s research interests include the modelling and use of high spatial and temporal resolution solid-state dosimetry systems in emergent radiotherapy practice, including intensity modulated radiotherapy (IMRT), proton and microbeam radiotherapy.

Richard has developed Monte Carlo modelling of radiation processes at micron and cellular length-scales, and combines this with an interest in MRI-based structural analysis of tissue at sub-mm resolutions.