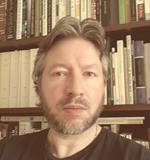 From 1981-1984, Mario read Philosophy and Theology at King's College London, graduating with a B.A. Honours and A.K.C. (Associate of King's College) degree in 1984. In the following year (1984-1985), he studied Philosophy, Sociology and Educational Science at the Universities of Bielefeld and Berlin (Germany). In 1985, he embarked on an M.Phil. research programme in Contemporary Moral Theory and Political Philosophy at the University of St. Andrews. In 1987, he returned to the Free University of Berlin for further studies in Philosophy, Sociology, and Educational Theory. In the summer of 1988, he transferred to the University of Illinois at Urbana-Champaign (USA) for a Ph.D.in Philosophy and, in 1992, was appointed Lecturer in Philosophy at Swansea. He joined the Department of Political and Cultural Studies in the autumn of 2009. Mario is an Associate Editor of the international journal Philosophical Investigations (Editor-in-Chief: H.O. Mounce), and an Honorary Member of the British Wittgenstein Society.