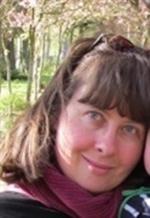 Dr Kathryn Jones is Associate Professor of French in the Department of Modern Languages, Translation and Interpreting. She is Co-Investigator for the AHRC-funded research project European Travellers to Wales: 1759-2010, and co-author of Hidden Texts, Hidden Nation: (Re)Discoveries of Wales in French and German Travel Writing (1780-2018) (Liverpool University Press, 2020). Her research takes a transnational approach, starting with her monograph Journeys of Remembrance: Memories of the Second World War in French and German Literature, 1960-1980 (Legenda, 2007). She has published widely in the fields of travel writing, conflict studies and memory studies.

Dr Jones is Director of Postgraduate Research for the College of Arts and Humanities. She has supervised research students in a variety of subject areas which she also enjoys teaching, including French, francophone and German literature and culture, gender studies, memory studies, postcolonial studies, translation, tourism, travel writing, Wales studies.

She enjoys introducing students to francophone cultures, teaching texts and films from Algeria, Cameroon, Senegal, Guadeloupe and Quebec as well as France. Other specialist areas are translation workshop and representations and memories of France and the Second World War and the Algerian War.

Dr Jones’s research focuses on representations of conflict, memory and travel in contemporary French and German culture, as well as gender and transnational studies. Her publications include Journeys of Remembrance: Memories of the Second World War in French and German Literature, 1960-1980 (Legenda, 2007); the collected volume Constructions of Conflict (with Katharina Hall, Lang, 2011); and Hidden Texts, Hidden Nation: (Re)Discoveries of Wales in French and German Travel Writing (1780-2018) (co-authored with Carol Tully and Heather Williams, Liverpool University Press, 2020). She has published articles on the Algerian War of Independence and on travel narratives by François Maspero, Leïla Sebbar, Anne Brunswic and Caroline Riegel, as well as an invited chapter on ‘Travelling in Pairs’ for the Routledge Research Companion to Travel Writing (2019). She is Co-Investigator on the AHRC-funded project ‘European Travellers to Wales: 1750-2010’, and is also working on a monograph examining female-authored travel literature in French from the 1930s to the present day.

European Travellers to Wales 1750–2010’ is an AHRC-funded project that began in 2013, and is a collaboration between Dr Kathryn Jones from Swansea University, Professor Carol Tully of Bangor University and Dr Heather Williams from the University of Wales Centre for Advanced Welsh and Celtic Studies. The project has produced the co-authored study Hidden Texts, Hidden Nation: (Re)Discoveries of Wales in French and German Travel Writing (1780-2018) (Liverpool University Press, 2020); a special issue of Studies in Travel Writing on Wales; an extensive database; the exhibition EuroVisions of Wales and public talks and workshops; educational materials and workshops in primary schools; and new travel writing by authors from Turkey, former Yugoslavia, France and Germany.

The project has uncovered a vast number of travel accounts to Wales, the majority of which are written in French or German. Many of the accounts listed in the database were ‘hidden’ in writing about tours in England. The researchers discovered a broad variety of reasons for European travellers to have come to Wales: from those seeking a romantic idyll, to industrial spies in the Victorian era and refugees from Nazi Germany. This helps us understand Wales better: stories of refugees and exiles have emerged, and a store of detailed descriptions of Welsh landscapes, buildings and ruins has been found. These are completely new resources for studying Wales, and broaden travel writing to encompass more than English-language portrayals of Wales.

Dr Jones has presented her research on European travellers to Wales to a wide variety of audiences.

In 2019 she carried out primary school workshops with 284 year 3, 4, 5 and 6 primary school pupils in Welsh and English in Swansea, Llanelli, Brecon and Carmarthen, based on bilingual activity e-books for Keystages 2 and 3 on ‘Refugees to Wales / Ffoaduriaid i Gymru’. These are some of the charcoal drawings created by the children in the style of Polish refugee artist Josef Herman. ‘The workshop and materials fit perfectly with the core purpose of the new Welsh curriculum of Ethical, Informed Citizens who are ready to be citizens of Wales and the world’ [Year 6 teacher].

The commissioned the collection Perthyn i Gymru / Belonging to Wales (2019, http://etw.bangor.ac.uk/files/PerthynIGymru-BelongingToWales.pdf) was designed to promote dialogue about Wales as a destination for travellers and migrants, pre-existing visions and transformative experiences of Wales. The book was distributed and discussed at the ‘Freedom Writers: Censorship in Turkey and Exile in Wales’ event at the 2019 Hay Festival. It has enjoyed positive reader responses, for example being described on Twitter as ‘my dream book’ by a Frenchwoman resident in Wales. The Institute of Welsh Affairs, an independent progressive think tank, requested to reprint our four commissioned travelogues on Wales and use their framework for a major new series for the online presence (ClickOnWales) of its magazine the Welsh agenda. Taking the same title as our ebook, ‘Perthyn i Gymru / Belonging to Wales’ features ‘extraordinary stories from ordinary people across Wales and beyond. It will investigate how individuals find a sense of belonging to their local community and to the nation’. As well as providing a representative platform for exiles in Wales such as prominent Turkish playwright Meltem Arikan [https://www.iwa.wales/click/2019/08/belonging-to-wales-from-turkey-to-trebinshun/], works published in this new series have allowed the voices of Europeans living in a post-Brexit Wales to be heard. In addition, Wales PEN Cymru, an international association which promotes literature and defends freedom of expression of writers worldwide, republished these multilingual stories about arriving in Wales on its website.

Dr Jones collaborated with the community-based organization Swansea City of Sanctuary to develop a public workshop with adult learners. Held on 21 November 2017 during the UK-wide Being Human festival of the humanities, the workshop led to increased awareness and enhanced understanding of experiences of historical and contemporary refugees and asylum seekers which received press coverage in regional and national newspapers. Attendees also appreciated the opportunity to meet asylum speakers and hear of their experiences living in Swansea.

Dr Jones organised and led a series of public talks and workshops at Swansea Museum during the exhibition EuroVisions of Wales (16 October 2015 – 26 January 2016).