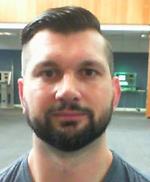 Dr Martin Hyde is an Associate Professor in Gerontology at Swansea University. His main research interests are work and retirement in a global context. He has published widely in peer reviewed journals, numerous reports and book chapters as well as 3 books. He has been involved in a number of large scale studies including the English Longitudinal Study of Ageing (ELSA), the Survey for Health, Retirement and Ageing in Europe (SHARE) and the Swedish Longitudinal Occupational Study of Health (SLOSH). He is on the advisory panel for the Iranian Longitudinal Survey of Ageing and the New Zealand Longitudinal Study of Ageing. He is heavily involved in a number of international professional organisations. He is on the Executive Committee of the British Society of Gerontology (BSG), the President of BSG Cymru, a Member at Large of the Sociology of Ageing (RC11) committee of the International Sociological Association and a Fellow of the Gerontological Society of America. He is also the Chair of the Welsh Ministerial Advisory Forum on Ageing group on Preparing for the Future and the Chair of the BSG Work and Retirement Group. He is a Deputy Editor for Ageing & Society, an Associate Editor for Social Theory and Health and on the editorial boards of the International Journal of Social Research Methodology and Quality in Ageing and Older Adults.

2015-2018: Research Investment for Priorities in Alcohol: Alcohol use across the lifespan and trends in older adulthood. The New Zealand Health Promotion Agency, NZ$120,000

Fellow of the Gerontological Society of America