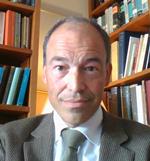 Fritz-Gregor Herrmann’s area of research is Ancient Philosophy and Literature, with a focus on Plato, Greek Tragedy and Ancient Thought. His special interest is the relationship between words and ideas, and the ways in which language influences the ways thinking develops – and vice versa. His monograph Words and Ideas: The roots of Plato’s philosophy (Swansea 2007) and other early publications explore this on the level of philosophical terminology and the ontology of Plato and the Presocratics. More recent work focuses on metaphor, allegory, myth and ideology, and how those features of language and thought are employed in structuring stories. He is currently working on Plato’s Republic as a literary text that responds to historical and political events as much as to earlier poetry, science and philosophy. His work on Greek drama looks at the question of decision, action and responsibility as well as the social, political and ideological ramifications of tragedy and comedy. He is also part of a team of editors of the new Oxford Classical Text (OCT) of Plato, vol.2, to appear in due course. His teaching covers Philosophy and Literature as well as Greek and Latin Language. Past and present PhD research areas supervised include: Plato’s Philosophy; Greek Tragedy; Greek Thought in the Roman Empire.