In the Shadow of the Pulpit

In the Shadow of the Pulpit, by M Wynn Thomas (University of Wales Press, 2010) was launched at the Dylan Thomas Centre on 6 November 2010. 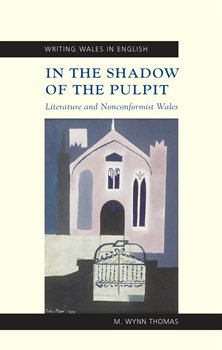 ‘This is a crucially important analysis that should blaze a trail for succeeding generations to discover paths not only through the wilderness of their world but also their own selves. As I did as I read. Matters became clear which had been little more than a mist of intuition.’  Emyr Humphreys 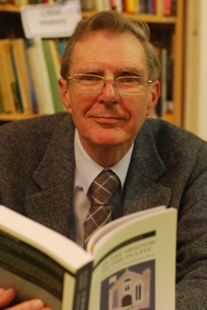 Following a personal introduction reflecting on the significance of chapel culture to Welsh life, the study proceeds to offer a simple explanation for the general, secular reader of the origins and meaning of Welsh Nonconformity.  In the main body of the work, attention is first drawn to the gradual emergence in Wales from the later eighteenth century onwards of creative writing in English about this dominant Nonconformist culture, culminating in the appearance of a hitherto unexplored body of substantial Anglophone work at the end of the eighteenth century. Then, turning to the twentieth century, the study first demonstrates the various textual strategies a powerful new generation of ‘Anglo-Welsh’ writers employed to attack and undermine the hegemonic religious culture and then examines the work of four authors – Glyn Jones, Dylan Thomas, Emyr Humphreys and Roland Mathias – in detail to demonstrate the depth and variety of the literary responses over this last century to the world of the Welsh chapels.

Particularly valuable features of this study are its demonstrations of the formative influence of Welsh Nonconformity on Welsh Writing in English; its examination of a whole body of writing about chapel life that has hitherto been unexplored; its argument that central to ‘Anglo-Welsh’ literature for much of the past century has been the struggle between preacher and writer for the soul of Welsh culture; and its suggestion that the work of Dylan Thomas might profitably be re-read in the light of his remarkable Welsh Unitarian ancestry.