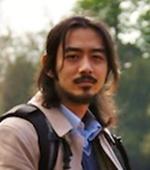 Before joining Swansea, he worked at the world-renowned Cambridge Group for the History of Population and Social Structure, University of Cambridge between 2014 and 2019. While there, he was involved in a number of major research projects funded by the ESRC, British Academy, Leverhulme Trust, and National Science Foundation. These research projects, pertaining to the occupational structure, transport network, and urbanization of historical Britain, continue to transform our understanding of the long-run British economic development.

His main research interests lie in the field of gender, family, labour, transport and urbanization in eighteenth- and nineteenth-century Britain.

His main teaching interests pertain to highlighting the limits of Economics and sharing his conviction with students that Economics, as it is now, may well be a rather useless craft.

He is a staunch supporter of capitalism and shall remain ever so annoyed with some people’s obsession of claiming to be ‘liberal’.

Xuesheng You’s teaching interests are in the area of economic history and history of economic thought.