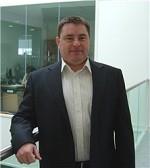 Professor Mark Rees is an Honorary Professor at the Institute of Life Science (ILS), Swansea University Medical School (SUMS). He spent 15-years at SUMS (2004-2019) where he led a successful neurology research group, was Director of ILS (2007-2012) and Founder/Director of the Wales Epilepsy Research Network (WERN, 2005-2015).  He also established the Swansea Neurology Biobank (SNB) which is now part of several international consortia and driving SUMS research success.
He gained his PhD at the Department of Molecular Haematology, University of Wales College of Medicine (1989-1994) and worked with Sir Mike Owen in Psychiatric Medicine, Cardiff University as a MRC Postdoctoral Fellow (1994-1999). In 1999, Professor Rees began a six-year academic post at the University of Auckland Medical School, New Zealand as a Senior Lecturer in Neurology Genetics. He has published over 124 peer-reviewed publications and has attracted over £21m of research investments in his career.
Professor Rees was Chair of the Epilepsy Research-UK (ERUK, 2011-2014) Scientific Advisory Committee in London and a Trustee of ERUK until 2019. He is a Fellow of the Learned Society for Wales (FLSW), the Royal College of Pathologists (FRCPath), the Royal College of Physicians (FRCPE), and the Royal Society of Biology (FRSB). He received a DSc from Swansea University in 2012. Professor Rees’s team were winners of the 2015 Swansea University Impact Awards in Health & Wellbeing.
In 2019, he joined University of Sydney (USYD) as Deputy Executive Dean of the Faculty of Medicine & Health (FMH). He is the Faculty lead for Centres and Institutes, directs the partnerships with Sydney Local Health Districts (LHD’s) and Multi-Disciplinary Initiatives (MDI’s) in conjunction with DVC of Research.
He continues to work with colleagues in Swansea to complete genomic projects, oversee Biobank handover and nurture a long-term SAIL neurology collaboration.

Mentoring and guiding the next generation of clinical, biomedical and health researchers.

Professor Rees has 30yrs of research experience in the genetic basis of neurological and cardiac disease.  This is complimented by following gene-discovery with biological – functional consequences of genetic variants and mutations.  Therapeutics next.

Through his Directorship of the Wales Epilepsy Research Network (2005-2015), he established the SAIL neurology group.  This is now leading the genetics integration into SAIL and innovative NLP studies for scaling the e-patient record for research purposes.

Biomedical Student of the Year Award, University of Wales (1989)

Honorary Fellow of the Association of British Neurologists (2009)

Fellow of the Royal College of Pathologists (2012)

Fellow of the Learned Society for Wales (2016)

Fellow of the Royal College of Physicians of Edinburgh (2018)

UCL Institute of Neurology and School of Pharmacy

Epi25 Consortium: 52 global Centres (including Swansea) and the Broad Institute