New findings from analysis of the Adult Psychiatric Morbidity Survey (2007) show that problem gamblers are more likely than rest of the population to have thought about suicide and to have made a suicide attempt.

They are also more likely to feel lonely and isolated from other people compared with non-gamblers or gamblers with no signs of problem gambling.

GambleAware and the Gambling Commission has published the results of a small-scale research project involving Swansea University that examined the link between problem gambling and suicide. The report will contribute to the National Strategy to Reduce Gambling Harms and is based on findings from the 2007 Adult Psychiatric Morbidity Survey (APMS). 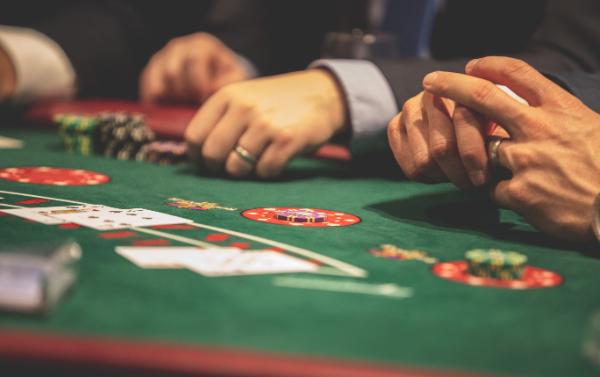 Out of more than 7,000 respondents, 41 were found to be problem gamblers and were identified as being more likely than others to have thought about suicide and to have attempted suicide in the past 12 months.

The survey analysis shows an association between problem gambling, suicidal behaviours and loneliness that warrants further investigation. Problem gamblers were more likely to feel lonely and isolated from other people than the rest of the population. Problem gamblers appeared to have a smaller network of people they felt close to and were less likely to feel that their friends and family gave them encouragement and support.

This analysis is based on data from the 2007 survey. The APMS survey repeated in 2014 but did not include questions on gambling. It is hoped that the Department of Health and Social Care will commission another Adult Psychiatric Morbidity Survey for 2021 and the authors recommend that questions on gambling behaviour be included in that study to explore the association between gambling and suicidality further.

In order to scope out what further research may be needed, a range of stakeholders, including those with lived experience of gambling harms, including addiction and bereavement due to suicide, attended a one-day workshop. The aim of the session was to better understand what knowledge gaps there were regarding gambling and suicide and to develop recommendations for future work.

Professor John, who is also Chair of the National Advisory Group to Welsh Government on Suicide and Self-harm prevention, said:

"Death by suicide is usually in response to a complex interplay of a number of factors, it is rarely due to a single reason and is never inevitable.  However, there is no doubt that there has been a lack of recognition that there is an association between problem gambling and suicide.

"Our research is a first step in understanding that association. Problem gamblers should be included as a high-risk group in suicide prevention strategies, efforts made to improve awareness, particularly in those providing services, and we need to encourage people to seek help before they reach a crisis point."

“Until now, little has been known about the complex interplay between help-seeking, gambling and suicide.

"This new analysis shows that those experiencing gambling-related harm are at increased risk of taking their own lives, and that we need to do great deal more to ensure they can access help and support when they need it the most.”

"It is vital we all know what signs to look out for in a gambling addiction, so we can point people in the direction of help as and when they need it. We look forward to continuing to work with Government, particularly the Department of Health and Social Care, and all those involved to promote the help and services available at BeGambleAware.org.”

“This research is based on data from 2007 but nonetheless the findings clearly show a connection between suicide and gambling, something that has a real and devastating impact on people’s lives. Whilst further research and more timely data collection is essential, we are taking further action now to protect people from the risk of gambling harm.

“As a result of this research, the Commission and Samaritans will work together to bolster the existing requirements on gambling businesses to identify those at risk and take action to address and reduce harm.

“However, progress cannot be made by us alone, we need to work together to implement the priorities outlined in the National Strategy to Reduce Gambling Harms, and the key recommendations of this research. This is vital to ensuring we have the best research, prevention and treatment services available for vulnerable individuals, their families, friends and communities.”