Work to capture everyday words and phrases used by Welsh speakers is about to get underway with the launch of a specially designed app.

Welsh speakers from all walks of life will be able to record their conversations to form part of the Corpws Cenedlaethol Cymraeg Cyfoes (CorCenCC) project, led by Cardiff University.

The project aims to develop the first ever large-scale collection of Welsh words that represents the full range of language used by people in everyday life, from formal Welsh to regional vernacular. 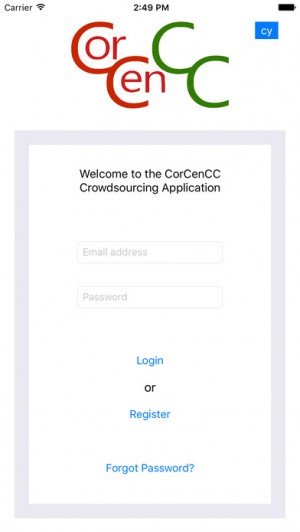 It is led by Cardiff University’s School of English, Communication and Philosophy and brings together collaborators including Cardiff, Swansea, Bangor and Lancaster universities; Welsh Government; National Assembly for Wales; The National Library of Wales; WJEC-CBAC; Welsh for Adults; S4C; BBC; y Lolfa; SaySomethingin.com and the Dictionary of the Welsh Language.

The release of the app marks a major milestone in the CorCenCC project. Important not only for Welsh, the project also offers a means by which to record and curate under-resourced languages across the world.

Dr Dawn Knight, of the School of English, Communication and Philosophy, Cardiff University is the project lead: “The CorCenCC project is revolutionary, in that it is community-driven, using mobile and digital technologies to enable public collaboration,” she said.

“The use of crowdsourced corpus data is relatively unheard of, and represents a new direction to complement more traditional language collection methods, so in that sense the app is really one of the first of its kind!”

‌Steve Morris from the Department of Welsh, Swansea University added: “The app makes it easy for Welsh speakers to engage with the project, and allows people to contribute at their own convenience, making it a much more personal experience. By putting speakers themselves in charge of their contributions to the corpus, they can be sure that the recordings they share will be the most natural and accurate representation possible of their everyday Welsh.”

Nia Parry said: “CorCenCC will shape the future of Welsh language teaching and learning. It will provide a window into our beautiful, rich, exquisite, poetic, ancient language. We will learn about how we use sentence structures, mutations, slang, text talk and e-mail, how we abbreviate, what we say and how we say it.

“For future generations this will prove to be an invaluable resource and in my opinion this work is of real historic importance, not only linguistically but as a record of our essence as a nation and our place in the world.”

Nigel Owens added: “The corpus will include examples of Welsh from all domains: from the rugby pitch and the TV studio, to political speeches and academic text books. Learners, dictionary makers, broadcasters and all of us who use the language every day will have a record of real life language which will help us to see how modern Welsh is actually used.”

The app is free to use and available to download from the iTunes stores now. An Android version of the app will follow shortly.