Coinciding with the Tate’s exhibition of work by David Hockney, Ceri Richards Gallery presents a show of original prints by the artist who is considered one of the most influential British artists of the 20th century.

This exhibition of original prints at Swansea University’s Ceri Richards Gallery brings together work from his Grimm’s fairy tales suite of etchings, as well as the Cavafy suite. 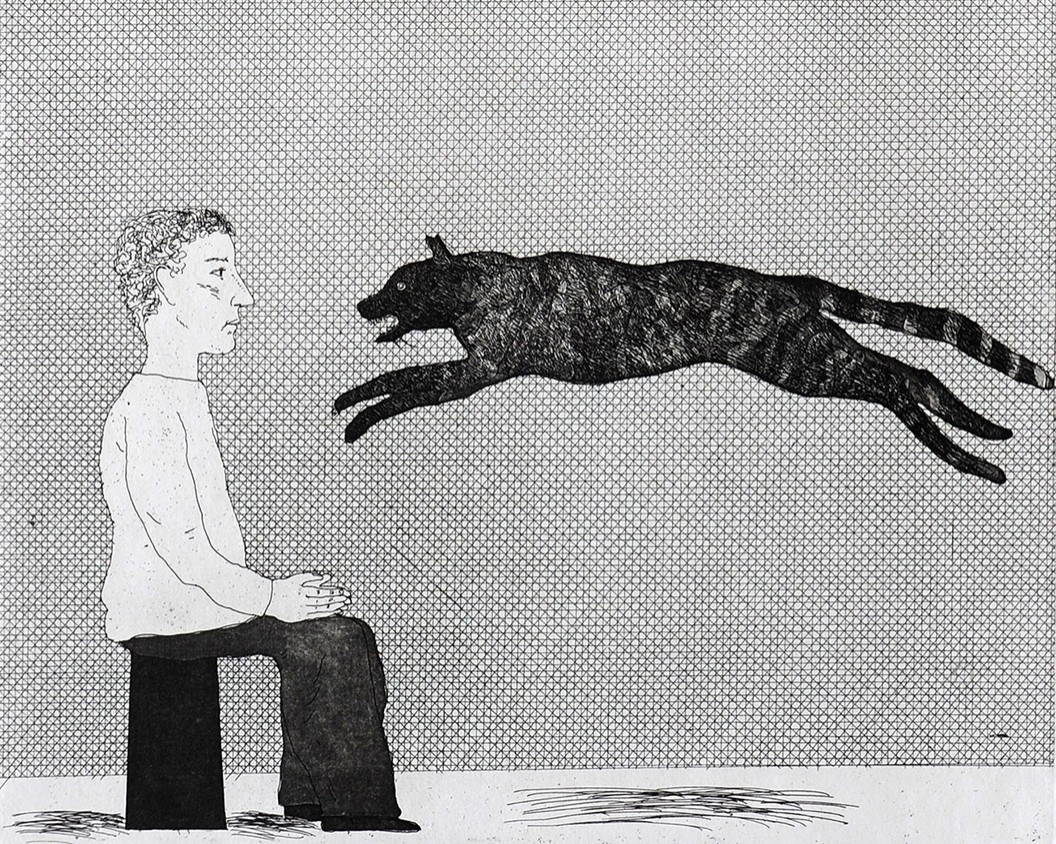 Hockney began working on etchings for Grimm's Fairy Tales in the late sixties. He eventually selected six and created engravings based on them. His illustrations focus on his own imaginative response to specific descriptions in the text. ‘Hockney’s fairy tale illustrations show an extraordinary range of imagery including portraiture, landscapes, architecture, imaginative compositions and pure inventions.’

Hockney first discovered the Greek poet C.P.Cavafy whilst a student at the Royal College of Art in the early 1960s. In 1966 he was asked to make a series of etchings relating to Cavafy, a project which he willingly undertook. Hockney’s choice of poems all relate to Alexandria in Egypt with its barely concealed flavour of homosexual love. His etchings demonstrate his fascination with observed reality and they were immediately acclaimed by contemporary commentators and Edward Lucie - Smith described them as not only the best work I have seen by the artist but probably the finest prints produced in England since the war.

The Swansea University gallery’s exhibition will coincide with an exhibition at The Tate, which

includes paintings, drawings, print and photography and video spanning his six decade career, to date. Ceri Richards Gallery’s exhibition will include the Cavafy suite and Grimm’s Fairy Tales original prints, as well as a selection of original posters, courtesy of Goldmark Gallery, UK.

The exhibition bears all the characteristic qualities of David Hockney’s art – a strong interest in storytelling and the interaction of human emotions, the fascination of conveying the supernatural and the psychological in visual terms, and the delight in exploring new ranges of technique with which to set down his perceptions. Painter, draftsman, photographer and designer, from portraits to Pop art, now in his 80s, Hockney is not only a prolific artist but one of the most popular, whose craftsmanship has continued to develop, embracing new techniques and technology through its six decades.

The exhibition at Ceri Richards Gallery, Taliesin, Swansea University, opens on Friday 24 February and lasts until Saturday 1 April. Admission is free and there is free parking on evenings and weekends.